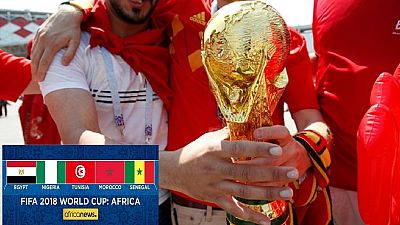 It’s all over here. Germany are back into the World Cup and they did it in dramatic fashion, coming from one goal down and winning after going down to ten men.

Toni Kroos scores the winner for Germany in the 5th minute of stoppage time.

Every match is like a final from now on.

Jerome Boateng earns a second yellow card, and receives a red card. Germany will play the last 10 minutes with 10 men.

Germany equalises in the 48th minute, through Marco Reus.

Sweden takes the lead through Ola Toivonen in the 32nd minute.

The match kicks off at the Fisht Stadium in Sochi.

Up next is the crunch tie between holders Germany and Sweden. Germany desperately need to win this match to resurrect their chances of defending the title.

And so, to our final match of the day…

This is a crunch tie because Germany’s stellar record is at stake.

If Germany lose to Sweden and Mexico earn at least one point against South Korea then the reigning world champions will have been eliminated in the group stage for the first time since 1938.

The Germans won the title in 2014 and proceeded to win all 10 2018 World Cup qualifiers, but have only managed just one victory, a 2-1 over Saudi Arabia in their last seven matches.

After the Mexico defeat, Germany captain Manuel Neuer said, every match henceforth will be treated as if it were a final.

“The coach knows the situation that we are in now (is dire). (Every match is like a) final (from now on),” goalkeeper Neuer told a news conference, delayed by almost an hour due to ongoing team discussions. “We are frustrated and disappointed. Now it is up to us to react.’‘

Javier Hernandez doubles Mexico’s lead with a goal after a lethal counter-attack in the 66th minute.

Carlos Vela converts a penalty for Mexico in the 26th minute to give them the lead.

Another #WorldCup match, another converted penalty…

The match kicks off here at the Rostov Arena.

Up next is action from Group F, where Mexico take on Korea Republic, after having stunned reigning champions Germany in the opening fixture.

South Korea coach Shin Tae-yong has described his side’s forward Son Heung-min as the best Asian player around and hopes he will finally be unleashed in Saturday’s crucial World Cup game against Mexico after being stifled in the 1-0 defeat to Sweden.

Tottenham Hotspur forward Son, who hit 18 goals last season for his club, has found it hard to replicate that form for his country. But he must turn it on against Mexico if his side are to have a realistic chance of advancing from Group F.

Mexico who beat Germany in their opening game, have said they will not be over-confident when they play South Korea.

“I hope that we’re not going to rest on our laurels and take our foot off the gas. We know all too well that in football, things can change overnight,” Coach Juan Carlos Osorio said.

Wahbi Khazri scores a late consolation goal for Tunisia to make it 5-2.

Hazard gets a double, and Belgium have a 4-1 lead.

A class finish from hazardeden10! #BEL now lead 4-1 in Moscow!

Lukaku scores his fourth goal at this year’s tournament.

Dylan Bronn scores for Tunisia in the 18th minute.

A glancing header from Dylan Bronn brings Tunisia right back into the game!#BELTUN 2-1 pic.twitter.com/cchrczqkEW

The Belgium-Tunisia clash kicks off here at the Spartak Stadium in Moscow.

Will Tunisia do enough to avoid premature elimination?

Germany, Tunisia playing the games of their lives

Defending world champions Germany will be playing the game of their lives when they take on Sweden in the Group F.

Germany must win the game, having been defeated 1-0 by Mexico in their opening game, while Sweden will be looking to seal their qualification to the next stage after their opening win against Korea Republic.

African side Tunisia, will also be in action in a Group G clash against Belgium. Tunisia will be hoping they can avoid defeat and premature elimination from the tournament.

Matchday 10, are you ready? pic.twitter.com/JLdIaGIBVl

Tunisia, who lost their opening game to England, after Harry Kane scored a late winner in stoppage time to complete his double.

“We have to win. We have no choice,” Tunisia coach Nabil Maaloul told reporters on Friday ahead of the game at Moscow’s Spartak Stadium on Saturday.

“Belgium are very strong but we are ready. We want to avoid the mistakes we made in the first match.

If Tunisia lose on Saturday, and England beat Panama on Sunday, they will be eliminated while a draw would leave the Tunisians needing to beat Panama and hoping Belgium lose to England in the final group games.