67 people including 12 women and two children were rescued on Sunday at sea off the Libyan coast. They were heading to Europe.

European countries are increasingly playing the card of firmness against migrants.

The latest example to date was Italy and Malta’s refusal to accept the Aquarius, the Mediterranean SOS ship carrying more than 600 migrants.

But this is not enough to discourage the people who want to cross the Mediterranean. Humanitarian organizations expecting a spike migrant movement this season.

“This is the summer period and therefore the number of migrants is increasing, and we expect to see many more compared to last year,” said a member of the international medical service only identified as Amir.

The illegal migrants recovered at sea off Zawara received food and medical care at a reception centre in Libya.

On the same day, a total of 629 rescued migrants arrived in the Spanish port of Valencia after a a gruelling 9-day journey at sea. 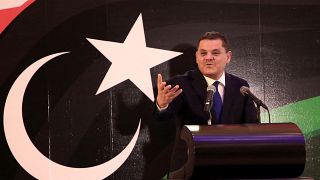