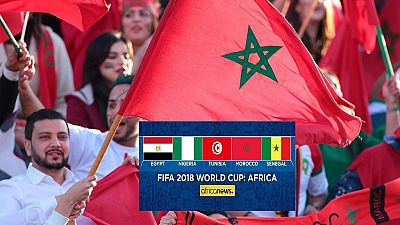 With only two teams making it out of the group stage, Morocco’s chances of progression from Group B is said to be slim even before the competition kicks off. They come up against Portugal and Spain.

The Portuguese are reigning European Champions whiles the Spaniards won the last but one edition in South Africa 2010. They boast one of the strongest sides in the tournament.

Pundits, however, aver that if Herve Renard’s team are to have chances of going through, it will largely rest in their first game when they take on Iran on June 15.

That is not to rule out upsets as has often been the case with African sides coming up against the much fancied sides. Ghana beat Czech Republic in Germany 2006, Senegal beat France in 2002 and how Cameroon ever defeated Argentina.

Below is the full fixtures for Morocco