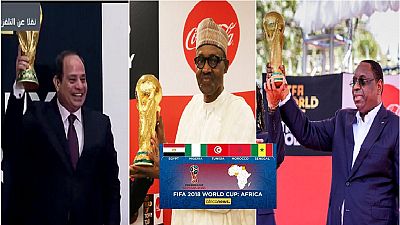 The 2018 World Cup in Russia is kicks off in middle of June. The crème de la crème of footballers are set to assemble in a battle for supremacy.

The 32 teams will be aiming for the golden trophy that was last won by the Germans in Brazil. Africa will specifically be looking to win it for the first time.

As part of Africanews’ buildup to the tournament, we retrace the journey of the World Cup trophy. The trophy currently in Russia went on a global tour that started in January 2018 from Colombo, Sri Lanka.

It finally arrived in Vladivostok, Russia on May 1. In the first of a two part series, we look at the trophy’s stops across Africa.

We specifically look at African presidents of participating nations who had the privilege of hosting and hoisting the trophy during its stop – in this context we look at Nigeria’s Muhammadu Buhari, Abdel Fatteh Al-Sisi of Egypt and Macky Sall of Senegal.

The other two African nations heading to Russia but who missed a trophy stopover were Morocco and Tunisia. Incidentally, Egypt was the only North African country to have hosted the trophy. 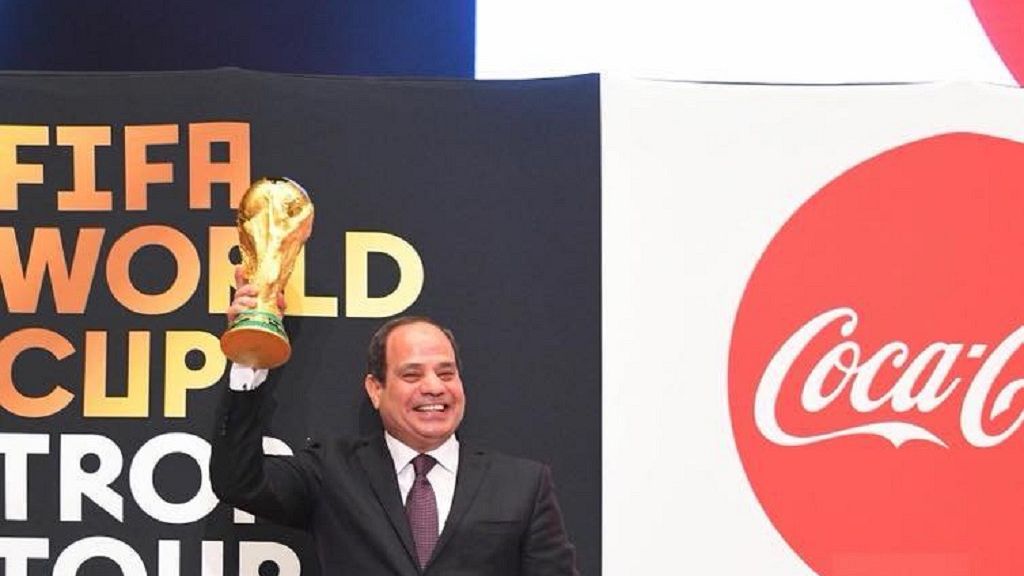 It was all smiles in #Egypt when the Trophy came to town! They are #ReadyFor the 2018 FIFA #WorldCup….are you? pic.twitter.com/odPBpj2ZjA