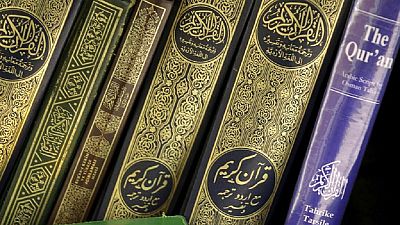 Saudi Arabia has confirmed their participation in a historic Quran contest to be held in Tanzania.

The Tanzanian International Award for the Holy Quran will roll out its maiden edition as part of 2018 Ramadan. The week-long event is to be held between May 31 to June , which dates correspond with Ramadan 16-22, 1439H.

“The General Secretariat of Local and International Holy Quran Competition at the Ministry of Islamic Affairs, Call and Guidance has nominated contestant Hatem bin Abdullah bin Raizeh of Charitable society for Holy Quran Memorization in Asir Region to compete in Tanzanian International Award for the Holy Quran,” a statement from state-owned Saudi Press Agency (SPA) read.

According to an official quoted by SPA, authorities are “seeking to promote international Quran competitions with the cadres of arbitration along setting plans and programs that contribute to achieving advanced positions in Quranic competitions.”

More often than not, young Africans have travelled to the Arab World to participate in Quran contests, Tanzania is taking a lead in reversing that trend. Like much of East Africa, Tanzania boats a respectable Muslim population. Muslims in the country continue to hold influential roles across the social strata.

Its president between 2005 and 2015 was Jakaya Kikwete who is a Muslim. In the post Kikwete-era, a Muslim holds the vice presidential slot in the person of Samia Suluhu.

The Quran is an integral part of the fasting season. Indeed, Ramadan is referred to as the month of Quran – the Holy Book of Muslims revealed to the Prophet Mohammed through the Angel Jibril (Gabriel).

Muslims are expected to read loads of the Quran whiles contemplating on its meanings and acting according to its dictates.