WHO gets approval to use Ebola vaccine in DR Congo 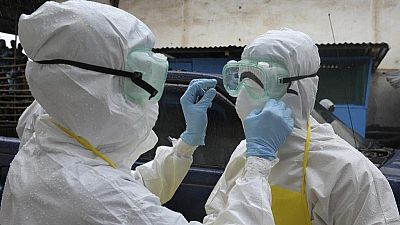 The World Health Organization has been given the go-ahead by officials in the Democratic Republic of Congo to import and use an experimental Ebola vaccine in the country, WHO Director-General Tedros Adhanom Ghebreyesus said on Monday.

“We have agreement, registration, plus import permit, everything formally agreed already,” Tedros told reporters. “All is ready now to really use it.”

Vaccinations could begin by next Monday, he said.

We have agreement, registration, plus import permit, everything formally agreed already.

The vaccine, developed by Merck in 2016, has proven safe and effective in human trials, but it is still experimental as it does not yet have a licence. It must be kept at -60 to -80 degrees Celsius (-76°F to -112°F), creating huge logistical challenges.

The shot, which was tested in Guinea in 2015 at the end of a vast Ebola outbreak in West Africa, is designed for use in a so-called “ring vaccination” approach.

This would mean that when a new Ebola case is diagnosed, all people who might have been in recent contact with them are traced and vaccinated to try and prevent the disease’s spread.

The WHO said earlier on Monday that the Democratic Republic of Congo had reported 39 suspected, probable or confirmed cases of Ebola between April 4 and May 13, including 19 deaths.

It said 393 people who identified as contacts of Ebola patients were being followed up.

Tedros travelled to Congo over the weekend and flew to the remote area, still only accessible by motorbike or helicopter, where the deadly haemorrhagic disease has broken out.

“Being there is very, very important. If a general cannot be with its troops in the front line it’s not a general,” he said.

“And the second thing is, associated with Ebola there is stigma. We have to go and show that that should really stop. And if there is risk, my life is not better than anyone.”

He praised the Congolese government, including President Joseph Kabila whom he met during his trip.

Information about the outbreak in Bikoro, Iboko and Wangata in Equateur province was still limited, the WHO said, but at present the outbreak does not meet the criteria for declaring a “public health event of international concern”, which would trigger the formation of an emergency WHO committee.