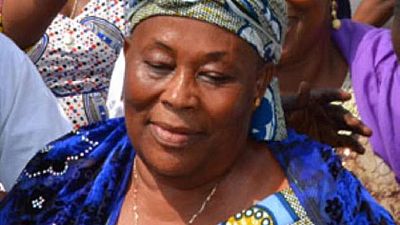 Ghana’s ruling New Patriotic Party (NPP) was on Tuesday forced to apologize for an attack on a female journalist at its headquarters in the capital, Accra.

A party sympathizer, one Hajia Fati, is reported to have slapped a female journalist who was covering a story at the NPP headquarters. The attacker admitted the incident but explained that the journalist did not look like a media person.

She is said to have likened the journalist to an onion seller who she mistook for an ally of an embattled party official who had been barred from contesting in internal elections.

The Multimedia group, Ghana’s biggest media outfit, along with other channels threatened the party with coverage boycott over the incident. It is said that the threat forced the NPP’s apology issued on Tuesday.

It read in part: “The NPP has noted with concern an alleged attack by one of its supporters, Hajia Fati. We distance ourselves from the act and condemn it unreservedly.

“The party wishes to assure Ghanaian journalists that, it cherishes the role of the media as partners in development and does not condone any action intended to suppress press freedom.

“No journalist should feel intimidated and must continue to discharge his/her duties without fear. Though the New Patriotic Party has already began an internal inquiry into the alleged incident, we will also cooperate with other agencies investigating same,” the statement signed by acting General Secretary John Boadu read.

Ghana was Africa’s best performing nation in the area of press freedom according to the latest report of media rights group, Reporters Without Borders (RSF). Incidents of assault on journalists is however not uncommon.

Media pluralism but not enough independence – RSF report on Ghana

General elections were held in December 2016 without major incidents or media freedom violations. Ghana is regarded as one of the most democratic countries in Africa and Chapter 12 of its 1992 constitution guarantees media pluralism and independence.

But only a very small number of media outlets provide good news coverage. A third of the media are owned by the state or by businessmen linked to the government.

The lack of transparency that characterizes the media industry is compounded by a flawed regulatory system that tends to limit the freedom to inform. Thanks to extensive use of mobile phones, a great deal of news and information circulates online.