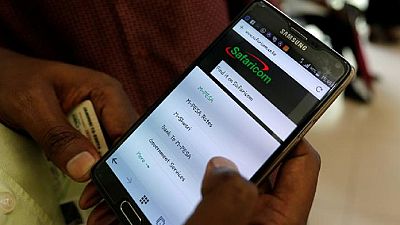 Safaricom, Kenya’s biggest telecoms company, is piloting a social messaging app that will link to its mobile money platform in an attempt to move the company into the application business, the company said on Tuesday.

Bonga, meaning ‘chat’ in Kiswahili, will be integrated with the company’s popular financial services platform M-Pesa to enable the almost 28 million of its users to communicate beyond sending money to one another, transforming the platform into a type of social network.

The idea stems from the “hypothesis that there’s an intricate connection between conversations and transactions, payments especially,” Kamal Bhattacharya, chief innovation officer at Safaricom, said in a telephone interview.

It’s one thing to share information with somebody it’s another thing to make a payment, to send money to somebody.

“It’s one thing to share information with somebody it’s another thing to make a payment, to send money to somebody,” he said.

Bhattacharya said that M-Pesa users will be able to message each other on Bonga in three ways: user-to-user, user-to-business and fundraising through “social groups” much like the group function on WhatsApp.

The concept has similarities with China’s top social messaging app WeChat, where users can perform a variety of tasks, from payments to ride-hailing, without leaving the platform.

Bhattacharya previously set up IBM’s research lab in Africa and joined the company in 2017.

Safaricom is piloting Bonga internally before planning to launch later this year.

Bhattacharya said the platform will be end-to-end encrypted. “We cannot read the messages, we cannot keep the messages,” he said.

The introduction of Bonga is part of Safaricom’s strategy to boost revenue and diversify from offerings of voice calls, mobile money and text messages. Last year it launched Masoko, an e-commerce platform.

“Our future is to become a platform that enables business in Kenya as well as our consumers to do their work in a different way,” Bhattacharya said. “Messenger platforms are the most popular apps, the most popular approach on the internet today to bring people together.”