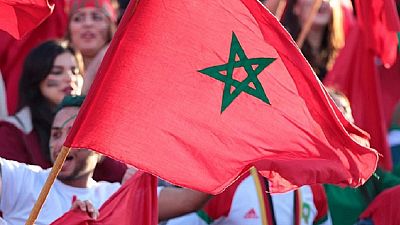 Moroccan schoolgirl Meriem was just 16 when her family pressured her to marry a man she had never met 20 years her senior. Young brides are best, the family said and she looked forward to dressing up for the wedding.

They married in December 2016. Three months later he had abandoned her and she was pregnant.

Sixteen percent of teenage girls who marry in Morocco do so under the legal age of 18 compared to no more than 3 percent in Algeria and Tunisia who have the same minimum age for women, according to activists.

Morocco had hoped to curb child marriages by raising the legal age to 18 from 16 in 2004, yet numbers since then have surged nearly 50 percent to 27,205 in 2016, justice ministry data shows. Activists say the number is higher.

“I was intrigued by marriage as a cheerful celebration attended by loved ones, during which I will wear beautiful jewelry and look prettier,” said Meriem who lives in a town outside the capital Rabat.

Her mother, Fatima, who was herself married as a child at the age of 14, was also enthusiastic. “We believe that the younger a girl gets married, the better for her,” she said.

The family trusted the groom’s promise to take care of her and the wedding went ahead based on an informal paper to last until she reached 18 and both could sign an official certificate.

In the event, he abandoned her after she refused to live in the same house as his family, who treated her as a maid, Fatima said. Meriem declined to be identified fully and the husband could not be contacted.

LOOPHOLES
Human rights activists call for the abolition of articles of the family code that allow judges to certify marriages if the girl is 16, loves her partner and can bear children.

The judge refused to allow Meriem’s marriage because the husband was 20 years older and she had never met him but her family went ahead.

Alarmed by high numbers of teenage marriages, the prosecutor general called on April 6 on courts to show “no hesitation in rejecting marriage demands that undermine the minor’s interests.”

Activists say this is not enough.

“A comprehensive reform is an urgent matter to ensure compliance with the constitution and guarantee effective equality between all family members,” said human rights lawyer Aicha Alehyane.

In contrast to Meriem, 17-year-old Khadija from the mountain town of Sefrou took action herself, divorcing a violent husband after marrying him before reaching the legal age.

In a rare act of social defiance, she returned to school, earning the respect of her teachers and fellow students.

“In the beginning, it was very hard. I thought that I had no future and that in the best case I should wait for another husband in order to forget the violence and ill-treatment I suffered,” she said.