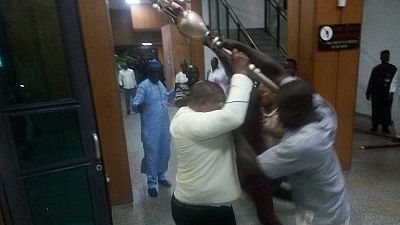 Nigeria’s Senate does not have a mace. The ceremonial staff and symbol of authority which usually precedes the Senate President was stolen by thugs who invaded the red chamber of Wednesday morning during a plenary session.

A live Facebook video carried by the Senate showed that proceedings for the day were well underway when confusion was registered at the entrance of the building.

A group of men fought off security and chased off parliamentary staff at the National Assembly premises in Abuja before making away with the mace.

The Senate of the Federal Republic of Nigeria has just been invaded and we are not going to take it kindly. This is an institutional invasion.

Even though sessions are not to proceed without it, the deputy speaker, Ike Ekweremadu, who is presiding in the absence of Speaker Bukola Saraki has continued with proceedings.

“The Senate of the Federal Republic of Nigeria has just been invaded and we are not going to take it kindly. This is an institutional invasion. So I want everybody to settle down,” he appealed.

Local media portals are pointing to a recently suspended senator, Ovie Omo-Agege, as the brain behind the attack. Reports say about ten men involved in the operation sped off in a black 4×4 vehicle after taking the mace.

Update: Senate statement on resumption of session with new mace in place. Issued under signature of Dr. Aliyu Sabi Abdullahi, Chairman of Senate Committee on Media and Public Affairs. 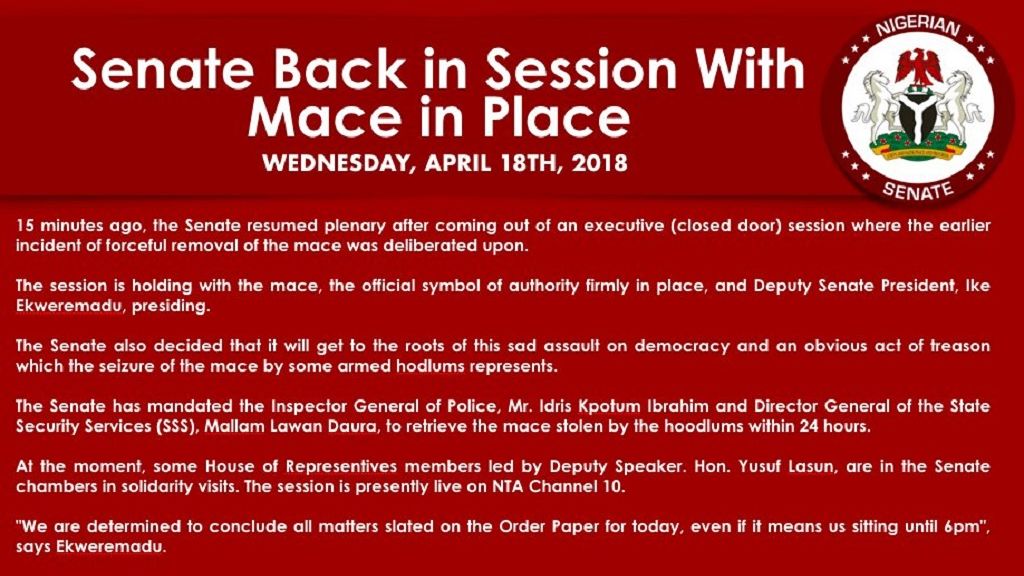 Below is the video and the relevant aspect starts from the 20th minute. Senators and staff running off as invaders engage security detail. They walk down the stairs, snatch the mace and went off. 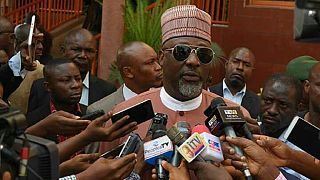 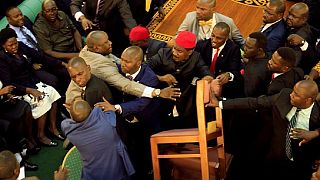 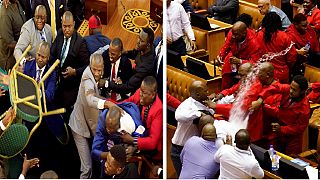