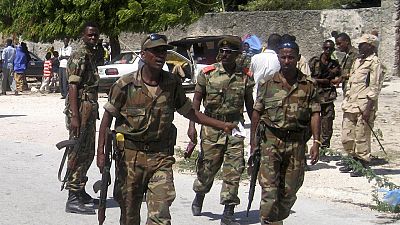 The Command Post enforcing a state of emergency in Ethiopia has sent condolences to families of persons it says were mistakenly killed after defense forces acted on wring intelligence last Saturday.

Initial reports suggested that nine people were killed in the town of Moyale – a bordre town with Kenya after soldiers shot at them. The number is said to have reached ten.

A Command Post representative Lieutenant General Hassen Ibrahim, told state-run FBC that a team had been dispatched to ascertain the real facts on the ground. He also confirmed that about a dozen others were injured in the incident.

He further confirmed reports that the battalion had been dispatched to intercept suspected terrorists belonging to the Oromo Liberation Front (OLF) – a banned group.

The FBC report added: “Five members of the defense force including the commander have been disarmed and kept in custody for investigation. The findings of the investigation will be announced soon, Lieutenant General Hassen said.”

Meanwhile, outrage by Ethiopians continue to mount online. Since the report broke over the weekend, several people averred that there was no mistake in the incident but rather a calculated and deliberate act on the part of the government.

Some Ethiopians especially on Twitter have added it to a list of massacres carried out by the army in the Oromia region – the country’s largest and the heartbeat of anti-government protests dating as far back as 2015.

Pathetic excuse! So OLF suddenly came into existence exactly when the mercenary army the mood to start a killing spree using the State of Emergency? The #TPLF led regime announced that OLF was eliminated from #Ethiopia decades ago! https://t.co/aJYoCX1uvo via BBCNews

“Soldiers killed civilians by mistake.” This can not get any rediculus. They gave 100% unlimited power to kill under the #SOE assuming that soldiers will always be right? That is why you need to freaking limit the power you give for military. ?? #MOYALEMASSACRE

Yesterday’s #MoyaleMassacre in which at least nine are said to have been massacred by state forces, was allegedly a tragic accident, says the Command Post from Addis Ababa. Total killed since the SOE’s implementation in #Ethiopia has reached 30 in Oromia.https://t.co/ecMj2PVyYA

Soldiers deployed, purportedly to quell rebels’ move. Distracted by the view of the gathering of few civilians, they started to shoot aimlessly. Killed dozens, including a 52yo school principal. Bosses expressed their condolences. What’s farcical than this, Ethiopia? #Moyale

I began my career as a teacher in Wadera, Borana,19 yrs ago. The memories of love & spoil is the one thing that keep following me ever since. Thinking how Temam’s life was cut short & what it means for his family & the people of #Moyale is tearing my soul apart. Simply painful ? pic.twitter.com/mnO2H981pz

Meanwhile, the DW Amharic service states that up to 50,000 Ethiopians have since the incident fled Moyale into Kenya citing Mayor of the town.

An Ethiopian academic has since weighed in on the incident stressing that the situation in the country has indeed taken on regional dimensions calling on the IGAD and African Union to intervene.

Now the #Ethiopiancrisis has officially become a regional problem. Institutions such as the igadsecretariat and _AfricanUnion should recognize the gravity of the problem and take necessary action #earlywarningearlyresponse https://t.co/3lP0BhaZoK