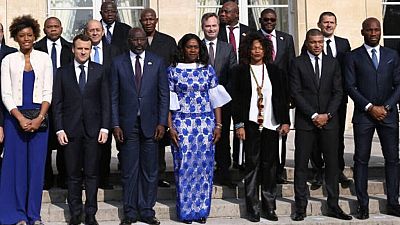 Hosted by the French president, Emmanuel Macron, the three great strikers committed themselves to supporting the French initiative.

Sport can be “a strong and dynamic vector for Africa”, stressed the French Head of State at the end of a luncheon which also brought together the presidents of the French Football Federation (FFF) Noël Le Graët and the Fifa Gianni Infantino.

Football is very powerful because it brings people together and unites them.

Macron announced the launch of a “platform for transformation through sport” in Africa with an initial budget of €15 million, which will finance “grassroots projects”.

The projects will include the construction of infrastructure, the provision of sports facilities and training programmes or business start-up aid.

“I’m going to put all my energy into helping out as much as I can,“said Kylian Mbappé, the young prodigy of PSG and France’s national team.

“Even though I am French, I have African origins. For me, helping African sport to develop is something I care about.”

“Football is very powerful because it brings people together and unites them,“said Didier Drogba, the former star of OM and Chelsea, who created a foundation for the health and education of young people in Côte d’ Ivoire and Africa.

“We are proud to be part of this project,” said FIFA president, Gianni Infantino, for whom “the election of George Weah as President of Liberia has given a new impetus to what sport and football in particular can do for education and development in Africa.

According to Macron, it is “sport, especially football, which has made it possible” to disarm young people after the civil war (1989-2003).

“It’s a way to find a role in society, to rebuild respect, to have real heroes,“says the head of state.

The platform, whose contours remain unclear, will be piloted by the French Development Agency (AFD) and the African Development Bank (AfDB), with the support of FIFA.

Arriving in Paris on Tuesday for a four-day visit, George Weah, 51, presented himself as “a child from France”, where he “learned the values of humility and hard work” in Monaco and then at the PSG from 1988 to 1995.

Elected President at the end of December, he thanked France for the €10 million donation announced by Mr Macron to “face the challenges” of a ‘broke Liberia’. 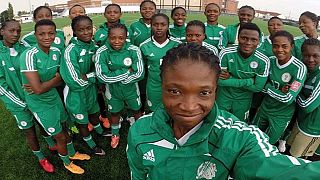