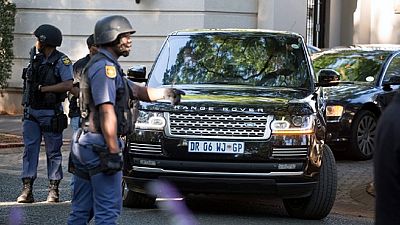 South Africa’s chief prosecutor declared Ajay Gupta, one of the three Gupta brothers accused of corrupt links to ousted president Jacob Zuma, a “fugitive from justice” on Thursday after he failed to hand himself in to police.

“I’ve been advised by my prosecuting team that Mr. Ajay Gupta is a fugitive from justice,” Shaun Abrahams, head of the National Prosecuting Authority, told Reuters.

South Africa’s elite police, The Hawks had also confirmed the fugitive status of Gupta in an interview with Eye Witness.

I’ve been advised by my prosecuting team that Mr. Ajay Gupta is a fugitive from justice.

Authorities at the OR Thambo International airport also told Eye Witness that their records show that Gupta left South Africa on a Dubai-bound Emirates flight 10 days ago.

The spokesperson of the airport, Gunkel-Keuler, said video footage showing Gupta’s departure and his flight details would be handed over to investigators, as they cooperate with authorities to establish the whereabouts of the wanted Gupta.

Gupta is one of several suspects identified in the Estina dairy project investigation, which allegedly unlawfully netted the Guptas more than R100 million of state funds.

The Guptas have been accused of using their wealth to influence government decisions.

On Thursday, eight accused appeared in the Bloemfontein magistrates court.