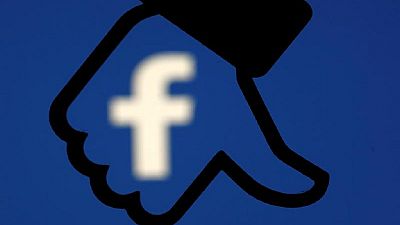 An influential Ethiopian political activist has had his Facebook account temporarily blocked over what could best be described as hyperactivity.

But the social media giant’s official decision to block Jawar Mohammed despite using a verified profile was: “It looks like you were misusing this feature by going too fast.”

According to the United States based activist, his account had been blocked since Tuesday February 13, 2018. He added on his Twitter account (also verified) that: “I have contacted them in all available ways but no response.”

It is particularly disconcerting to see Facebook block Jawar’s account at this critical time when the Ethiopian people are campaigning to free all political prisoners in Ethiopia.

He, however, said he suspected that he had been blocked because of his political activities. Tuesday was a big day in Ethiopia’s politics as top political detainees were released by the government.

Commenting via twitter he said: “My suspicion comes from (1) I have been posting as fast if not faster for the last 3 years to update my 1.2 million followers but never had problem. (2) Facebook did not give me any warning before blocking me © did not send me notice how long I’ll be blocked as it does with other accounts.

“It is hard to believe Facebook thought my account is scamming or any thing like that since I have been very active on the platform. I am one of the earliest people to join in 2005 when it was still restricted to college students and my account is verified,” he continued.

He further asserted that as someone with a huge follower base on the platform, Facebook’s action was beyond violating his rights, also affecting his work.

Then at a point he switched gears opting to look at the somewhat funny aspect of the development.

Come on facebook, how could you ‘jail’ my account on the day even an Ethiopian dictatorship is forced to release political prisoners? :)

No I don’t believe facebook is bribed. I suspect either misinformation or pressure from the dark side.

When it seemed that the continued blockage was still worrying him, Jawar, CEO of Oromo Media Network (OMN) described himself as a political prisoner of Facebook.

I, Jawar_Mohammed is a political prisoner of facebook‘s arranged marriage with Ethiopian dictatorship.

Whiles admitting the impact that social media has in the milieu of political struggles, he stressed that in the case of Ethiopia, they had reasonably weaned themselves off social media dependency.

“We are going to win with or without social media. We have long passed that threshold where social movements heavily rely on social media. Look no further than last few days to see what we can do without internet,” he said in a tweet.

Meanwhile, activity on his Facebook wall has been restricted to people posting materials on his timeline. Of significant note is a hashtag calling on Facebook to unblock him and an online petition which has so far passed the 2500 mark as at 3:30 CAT (February 15, 2018).

“We call upon Facebook to immediately unblock the Facebook account of Jawar Mohammed, the Executive Director of Oromia Media Network and a prominent Ethiopian political activist with over 1.2 million followers.

“It is particularly disconcerting to see Facebook block Jawar’s account at this critical time when the Ethiopian people are campaigning to free all political prisoners in Ethiopia.

“Jawar, as long time and prolific user of Facebook for over 13 years, has significant role in this effort of the Ethiopian people to free themselves of the existing repressive regime,” the petition said in parts.

Jawar Mohammed’s Facebook page has been blocked for over 30hrs now. He can’t post things or update his followers anymore. We are starting a campaign with a hashtag #UnblockJawar to demand Facebook unblock him ASAP. Also tag tweets or posts on accounts of int’l media. Join now!

Jawar Mohammed have been fighting dictators armed to their teeth using Facebook.

It’s unbelievable and totally unfair Facebook blocked him for using the platform to bring about meaningful change to his country and people.

It’s not clear whether the temporary suspension of Jawar Mohammed’s Facebook is the work of algorithms suspecting graphic posts or whether it’s the work of GoE and facebook. Either way the pro-democracy activist and media leader’s account needs to be unblocked #UnblockJawar

He is an influential Oromo activist who feeds timely and credible information on events back home on his social media handles.

Mohammed, who is the Executive Director of Oromia Media Network, was in 2017 charged with terrorism along with Oromo Federalist Congress (OFC) leader Merera Gudina and a third person.

He mocked the charge describing it as one delivered by a kangaroo court. Jawar’s charge was largely based on the fact that his outlet had served as a conduit through which the OFC and Patriotic G7 had fuelled wide spreading protests in the Amhara and Oromia regions of the country.

At the time the charge sheet said the three accused were involved in “creating pressure against the government, threatening society through the means of violence” and attempting to “disrupt constitutional order.”

Gudina has since been released after over 400 days in detention. The government dropped charges against him and granted him pardon as part of wider political reforms aimed at engendering national cohesion.

The Oromia Media Network (OMN) describes itself as ‘‘an independent, nonpartisan and nonprofit news enterprise whose mission is to produce original and citizen-driven reporting on Oromia, the largest and most populous state in Ethiopia.’‘