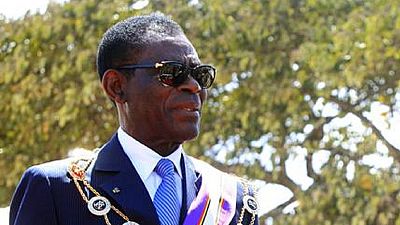 Equatorial Guinea’s president Teodoro Obiang Nguema has dissolved his government, including the powers of the prime minister and his three deputies, according to a decree read out on state television on Saturday.

The country went to the polls for legislative, senatorial and municipal elections of November 12, last year.

“Making use of the powers bestowed on me by the fundamental law, I put an end to the functions of the prime minister in charge of administrative coordination, of his deputy prime ministers and the rest of the members of the government… and I thank you for the services provided,” said the decree, which was dated Friday.

The ruling Democratic Party of Equatorial Guinea (PDGE) maintained its firm grip on power at the November elections, widely criticised by the opposition as fraudulent.

The ruling party won 99 of the parliament’s 100 seats, while the main opposition party, Citizens for Innovation, won the remaining seat and said it had been subjected to a major crackdown, with scores of its people arrested.

The dissolved government team was formed in June 2016 after the presidential elections of April 24, 2016, won by the current president with 93.7 percent of the vote.

The new government team is expected to be announced in the coming days.

Obiang, 75, seized power in the small former Spanish colony in 1979 and has faced a string of coup attempts during nearly four decades in office.

Critics accuse him of brutal repression of opponents as well as election fraud and corruption.

Equatorial Guinea has become one of sub-Saharan Africa’s biggest oil producers, but a large proportion of its 1.2 million population lives in poverty.