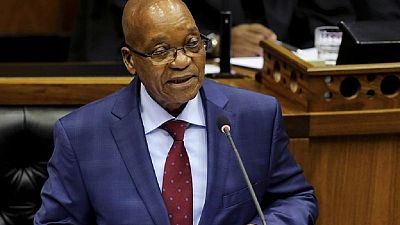 South Africa’s National Prosecuting Authority (NPA) said on Thursday it had received arguments from President Jacob Zuma on why he should not be prosecuted for corruption.

The NPA said it received the documents on Wednesday night, after extending a deadline for Zuma to provide reasons why 783 counts of corruption relating to a 30 billion rand ($2.20 billion) arms deal arranged in the late 1990s should not be reinstated.

The NPA says the state prosecutor Shaun Abrahams will announce his decision on whether to charge Zuma or not before the end of this month.

They will be in a position to announce his decision in respect of the matter within this February month.

According to an NPA lawyer, Luvuyo Mfaku, a team assigned to the case has been given two weeks to consider the representations and submit a recommendation to Abrahams.

“They will be in a position to announce his decision in respect of the matter within this February month.”

The Supreme Court of Appeal, in October last year, set aside the 2009 decision by then NPA head Mokotedi Mpshe to withdraw the fraud and corruption case against Zuma.