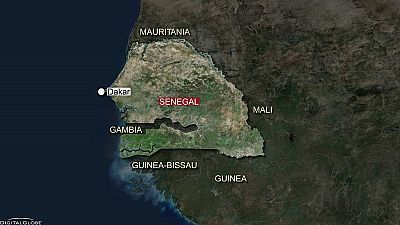 Bandits attacked a group of Spanish tourists in Senegal’s restive region of Casamance and raped two women before making off with thousands of euros in cash, a Senegalese army colonel said on Friday.

The attack occurred on Thursday near the small town of Diouloulou in the southern Casamance region, one of the poorest in Senegal though popular with tourists for its tropical forests and sandy beaches, the colonel told Reuters by telephone.

The Spanish group was travelling in a hired vehicle with a Senegalese driver. An armed band stopped and hijacked their car, then seized over 4,000 euros ($4,971.20) in cash and raped two women on the roadside before fleeing, according to the colonel, speaking on condition of anonymity.

It's four Spanish tourists. There is one man and three women driven by a Senegalese driver. They were abducted, raped and then released by an armed group on the Diouloulou-Kataba axis, near the village of Karongé.

“It’s four Spanish tourists. There is one man and three women driven by a Senegalese driver. They were abducted, raped and then released by an armed group on the Diouloulou-Kataba axis, near the village of Karongé”, the Senegalese press agency APS (official) said to the commander of the Diouloulou gendarmerie brigade, Mamadou Samba, who collected their statement.

The Senegalese army deployed in the area to find the attackers.

The Spanish Embassy in Senegal confirmed that four tourists were assaulted in Casamance but did not comment on the rape report. Spain’s Foreign Ministry said it was offering consular assistance to a group of Spanish nationals in Senegal.

It was the second violent incident in Casamance this year, raising concerns that worsening security there might damage one of Senegal’s main tourist attractions.

Earlier this month, unidentified gunmen in Casamance attacked a group of civilians searching for firewood, killing 14 and wounding several others. The motives for the shooting remain unknown, and the army has since been deployed into the area to investigate.