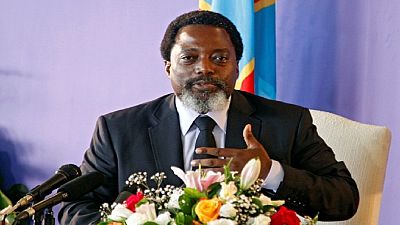 Congolese President Joseph Kabila has accused the opposition of proposing a “leap into the unknown” instead of defending the electoral process that should lead to a presidential election in December.

The president, who was addressing his first press conference since 2012, also suggested that the United Nations peacekeeping had overstayed its welcome.

“We must go to the elections as planned (in December 2018). I note that, on our side, there is a roadmap and what is being proposed? Nothing, nothing, zero, a jump into emptiness, a jump into the unknown,” President Kabila said in his presidential palace in Kinshasa that the opposition accuses the opposition of wanting to stay in power.

We must go to the elections as planned (in December 2018). I note that, on our side, there is a roadmap and what is being proposed? Nothing, nothing, zero, a jump into emptiness, a jump into the unknown.

Kabila wondered whether the opposition that have mobilised protests against his government are interested in peace.

“I wish we could have a peaceful election. Is that the objective of the opposition?“he concluded with his statement before fielding questions from the press for more than two hours.

Kabila, 46, has been in power since 2001, at the helm of a regime widely criticised for corruption, repression and incompetence.

His constitutional term in office expired in December 2016 but he stayed on, under laws enabling him to remain office until his successor is elected.

Under a deal brokered on December 31 2016 by the powerful Catholic Church, Kabila agreed that new elections would be held by the end of 2017.

The authorities late last year postponed the election until December 23, 2018, citing what they said were logistical problems in preparing for the vote.

Since then, there has been a string of rallies demanding his departure, each of which has been repressed by the security forces.

Addressing security, political and diplomatic issues, the Congolese president said he wanted to “clarify our relations with the Monusco (UN mission in DR Congo)”, after a “misunderstanding”.

“We have the impression that its mission is to stay”, he deplored, adding that there is not a “co-management” of the DRC by Kinshasa and the UN.

He recalled that the DRC had (in 2010) “required the United Nations Secretary General to prepare a withdrawal plan”.

Sprawling, mineral-rich but mired in poverty, DR Congo is in the grip of overlapping political and ethnic crises, and much of the country’s east is in the hands of rival militia groups competing over resources.