Meetings, deals and networking; the African Agenda at Davos 2018 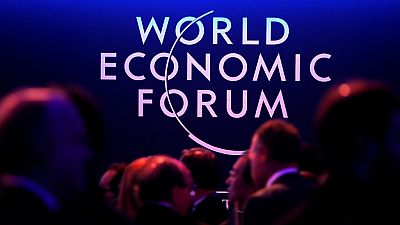 The World Economic Forum brings together movers and shakers from the worlds of business, finance, politics and the media.

Attracting heads of state from potentially strategic allies, the forum offers African leaders an opportunity to engage and push the African Agenda forward.

Somalia sent a delegation to the global forum for the first time in its history and the prime minister Hassan Ali Khaire held several meetings to convince the world to do business with the Horn of Africa nation.

I had a very fruitful meeting today with Christine Legarde, Managing Director of the IMF in Davos.
We exchanged views on the way forward for our country’s endeavor to get a debt relief.
1/2#WEF2018#Somalia pic.twitter.com/xrHj6J530m

The prime minister met with his Norwegian counterpart and discussed on mechanisms of increasing aid to Somalia, while the meeting with the International Monetary Fund (IMF) Managing Director, Christine Lagarde focused on debt relief.

‘‘Somalia’s debt relief is a priority for the IMF and every effort is being made to accelerate the process within established procedures,’‘ the IMF said in a statement released after the meeting.

“We concurred that long-standing structural challenges continue to weigh on growth in South Africa. We consequently agreed that bold and timely reforms are needed to create an environment conducive to job creation and less inequality,’‘ Lagarde said in a statement.

Nigeria’s vice president Professor Yemi Osinbajo who led the country’s delegation was upbeat about Nigeria’s fortunes as he spoke to Forbes’ Chris Bishop in an interview at the forum.

Osinbajo told the world that President Buhari was focused on delivering in his first term of office and is ‘not talking about 2019 elections right now’.

He added that the government is pleased with progress in areas on agricultural self sufficiency, attraction of foreign investment and recovery from the recession.

‘‘Nigeria is seeing a generally improved economic space. Foreign investment has gone up almost 100% since a year ago. I think we are in a moment of great dynamism and movement,’‘ said vice president Osinbajo.

African leaders also had quite a number of meetings with their compatriots from the continent,

Our man chilling out with Akon, talking about “hacking infrastructure” in Africa together using new tech. Another Davos 2018 moment. #WEF weforum pic.twitter.com/NepZX2LbGu

The African leaders will be extending this camaraderie and discussions of the African Agenda at the African Union Summit that has already kicked off in Addis Ababa, Ethiopia.

The heads of state will close the summit on 28th and 29th January where Guinean president Alpha Conde is expected to hand over as chairperson to Rwanda’s Paul Kagame.