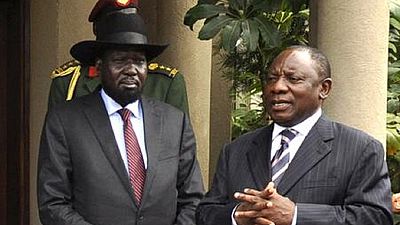 At least 28 aid workers were killed in war-torn South Sudan in 2017, the United Nations said in a statement.

The UN office for the coordination of humanitarian affairs (OCHA) said there were also several incidences aid workers were involved in while doing their work, with violent related cases recorded, including killings, looting and threats.

“In 2017, 1,159 humanitarian access incidents were reported by aid agencies in South Sudan. This is the highest number of incidents in a year, representing a significant increase, compared to 908 in 2016 and 909 in 2015,” OCHA said in its latest bulletin.

In 2017, 1,159 humanitarian access incidents were reported by aid agencies in South Sudan. This is the highest number of incidents in a year, representing a significant increase, compared to 908 in 2016 and 909 in 2015.

In November last year, South Sudan President Salva Kiir ordered free and unimpeded movement for aid agencies all over the country. Despite this, however, attacks on aid workers continued, the UN said.

South Sudan is considered the world’s most dangerous place to be an aid worker, with at least 95 killed since the country’s war started in 2013.

Meanwhile, the South Sudanese president was in South Africa over the weekend to discuss among other things, the continuation of his rival, Riek Machar’s exile in the Southern African nation.

In a meeting with South Africa’s envoy and mediator in the South Sudan peace process, Deputy President Cyril Ramaphosa, Kiir accused Machar of being ‘power hungry’ and not being interested in the ‘reunification process’.

Tens of thousands of people have been killed and more than two million displaced in the country’s worst civil war, now in its fifth year.