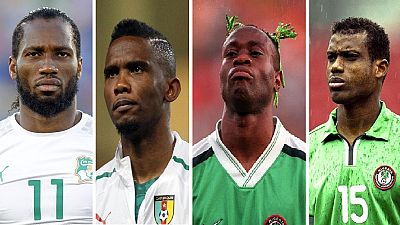 He was a former World and African footballer of the year, he played in three top European leagues – England, France and Spain.

He is Liberia’s new president. He is George Manneh Weah and as expected, the football world is challenging the diplomatic world as he takes office – if you like kicks off his presidency.

The BBC reports that a number of former African players are in Liberia for Weah’s swearing-in: Among others: Ivory Coast and Chelsea legend Didier Drogba, Cameroon’s Samuel Eto’o and Nigeria duo of Sunday Oliseh and Taribo West. 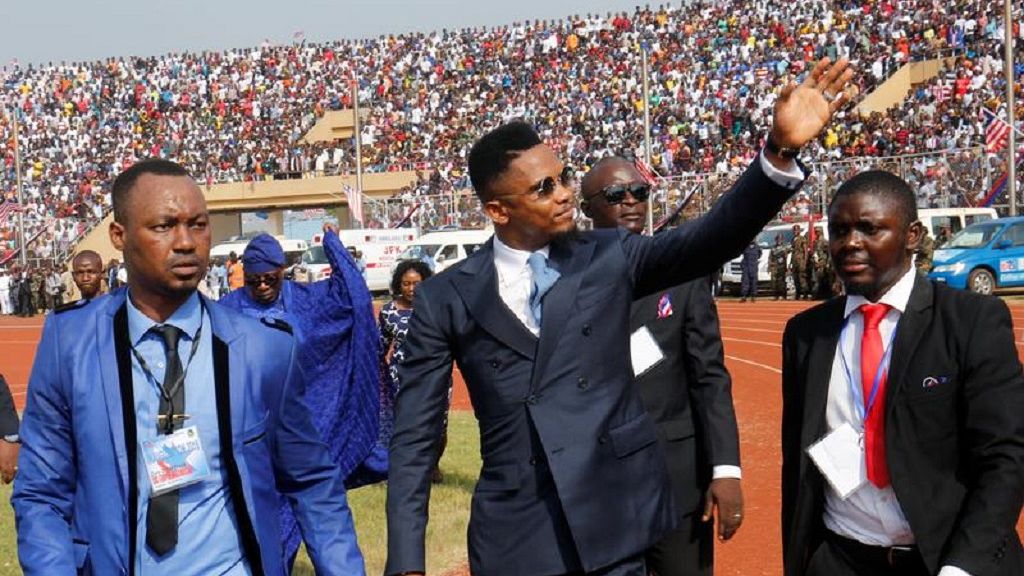 African and world football made a strong showing in Monrovia as CAF president, Ahmad Ahmad, and FIFA General-Secretary, Fatma Samoura joined the ceremony. CAF shared photos of their meeting with President George Weah.

Weah finally won the presidency after three straight attempts. HE lost to candidate Sirleaf in 2006 when he stood as a candidate. He won the main vote and lost the run-off.

In 2011, he partnered a former U.N.-executive, Winston Turnbull, but in the capacity of vice-presidential aspirant, that ticket was unsuccessful as Sirleaf won a second term.