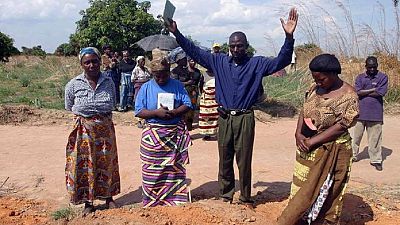 Today is the first day of fasting and praying for God’s intervention in the ongoing cholera epidemic in Zambia, and many on social media are not amused.

The one week prayer and fasting period was declared by Zambia’s minister of Religion and National Guidance, with a stern warning that ‘the occasion must be taken serious and be observed by everyone’.

Hon. Reverend Godfridah Sumaili told the country to not only pray for an end to cholera, but to also pray for the rains which have been erratic in Zambia.

Cholera causes acute watery diarrhoea. It can be treated with oral hydration solutions and antibiotics but spreads rapidly and can kill within hours if not treated.

The first case of Cholera was recorded in October last year in Lusaka and since then, several Interventions have been put in place to fight the pandemic, including postponment of the schools calendar, establishment of joint taskforces from the health ministry, defence forces and the office of the president, banning of street food and roadside vending among others.

The outbreak has killed 74 people since Oct. 4, with more than 3,200 cases reported in total.

The restrictions in the wake of the outbreak have since been relaxed following violent protests against a curfew and the ban on street vending, and a reported slow down in reported cases by the health ministry.

Health minister Chitalu Chilufya told journalists that the number of new cases has halved, and added that schools and some markets will be allowed to re-open.

The praying interventions have however been mocked and ridiculed on social media, with many alarmed at the government initiative.

This is what i don't get about Africa and religions. So much religiosity to brainwash, yet no meaningful impact. Some problems needs little or no prayer. You disobey the law of sanitation and want prayer to save you? Jesus take the wheel.

In 2015, Zambia declared October 18 as a Day of National Prayer and Fasting and the day was gazetted as a public holiday. Critics of the government accused the ruling party of using the name of God in vain by deceiving the citizenry while Christians called out the government for acting contrary to the biblical teachings against corruption and abuse of human rights. 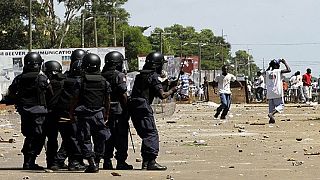