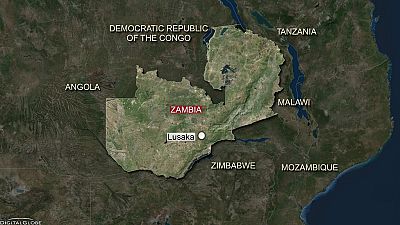 As Zambia struggles to contain a cholera outbreak that has killed an estimated 65 people across the country since October 2017, cases of cholera in Malawi and Tanzania are spreading fear in the southern part of the continent.

Zambia has already called in the army to support the ministry of health, postponed the schools calendar, constitutional hearings and political activities, in addition to closing down a number of businesses whose hygiene was wanting.

In neighbouring Malawi and Tanzania, the media has reported cases of malaria and the respective governments are putting in pleasures to protect their citizens.

Immigrants suspected to have been infected are being screened and rendered with treatment.

Malawi24, an online newspaper reported that the Immigration Department says it has set aside strenuous measures on Malawi’s borders to ensure cholera does not spread further in Malawi.

“Immigrants suspected to have been infected are being screened and rendered with treatment,” said the Department’s spokesperson Joseph Chauwa.

Reports indicate that four people have died due to cholera in Malawi, since the start of the rainy season while 150 people have been hospitalised.

In Tanzania, authorities ordered an indefinite ban on fishing activity in Lake Rukwa, following a cholera outbreak in the area.

According to the Sumbawanga District Commissioner, eight people out of 165 hospitalised for suffering from cholera have died.

‘‘I order all activities related to fishing in and around the lake to stop. We must control the spread of this disease. People keep ignoring health rules including having good toilets and washing hands before and after eating,’‘ he said.

In both countries; Malawi and Tanzania, medical workers have been urged to intensify education and sensitisation campaigns in the communities to curb the spread of the disease.

In Zambia, President Edgar Lungu has been lauded for his timely and radical interventions including the deployment of defence forces in the capital Lusaka, as a response to the outbreak that he described as an ‘emergency’.

harumutasa yoooh it is going to spread across southern Africa soon .pliz we need fast tackle in this

More cases of cholera are reported everyday. Zambians let's all support the end of this epidemic by practicing good hygiene. This is our country which our children will live on, our grandchildren and the generation to come. I love Zambia. God bless Zambia God bless you all.