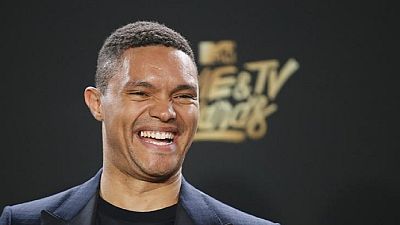 South African comedian Loyisa Madinga made his debut on American television as the Africa correspondent for the Daily Show with Trevor Noah.

Madinga’s debut piece was about the ongoing leadership tussle in the governing African National Congress( ANC).

He interviews party members and asks if their newly elected leader Cyril Ramaphosa would be good for the ANC because “he is a billionaire.”

He also tries to sell his theory of ‘making corruption work for the ordinary South African’.

Do the ANC members buy the theory?

Comedy Central shared a clip of his debut episode…

Reactions on social media were warm, with many offering positive criticism of the South African comedian.