Final results of the poll runoff gave him 61.5% of votes as he beat vice president Joseph Boakai. VP Boakai has since conceded defeat and congratulated the former world footballer of the year for his victory.

”The Secretary-General notes that the conclusion of peaceful, transparent, free and fair elections confirms Liberia’s steady march towards lasting peace, stability and development,” a statement by his spokesman said.

The Secretary-General notes that the conclusion of peaceful, transparent, free and fair elections confirms Liberia's steady march towards lasting peace, stability and development.

According to the National Elections Commission (NEC) Weah, 51, had garnered 61% of valid votes cast from 98.1% of votes tallied. He is officially president elect and will take over from Ellen Johnson Sirleaf.

You can follow our LIVE blog of the process in Liberia as a man replaces Africa’s first female president. 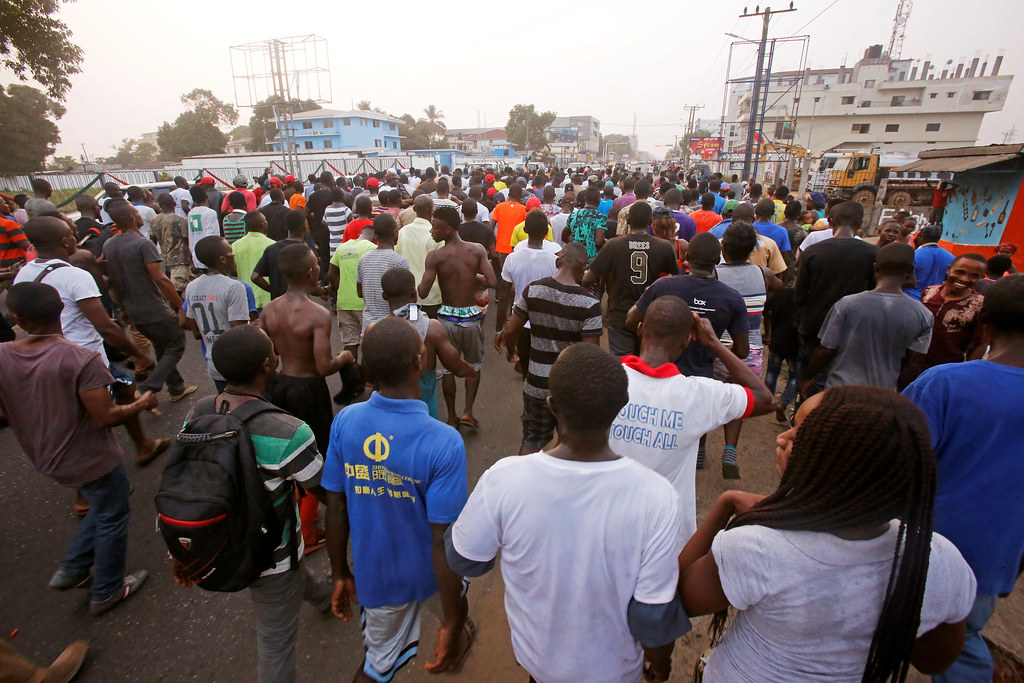 The elections body, NEC, in its only presser held late Wednesday said it will release provisional results of the presidential runoff today.

This is amidst tonnes of congratulatory messages “affirming” victory for George Weah. Reports also indicate that the camp of vice-president Boakai are also making similar claims.

“The National Elections Commission (NEC) says it will on Thursday December 28 begin the announcement of provisional results of the 2017 presidential runoff.

“The runoff was held on Tuesday December 26 between VP Joseph Boakai of the UP and Senator George Weah of the CDC. Tallying of votes started today, Tuesday across the country and it is continuing,” the NEC statement added.

Polls closed yesterday in Africa’s final presidential poll for 2017 as Liberians voted in a runoff to elect a successor to President Ellen Johnson Sirleaf.

Counting of the votes across the country continued immediately after close of polls. The elections body says it will announce a winner latest by Friday, December 29.

Elections chief, Jerome Korkoya in his first press conference after close of polls said the process was an improvement on the October 10 first round as processes they had put in place worked close to perfectly.

“Counting of the ballot papers has now commenced and is currently being carried out nationwide. This counting will be undertaken under the full view of political party agents and international and national election observers.

“By tomorrow morning, 27 December 2017 at 11:00 hours the tallying of results will commence and the National Elections Commission will continue to release provisional results as they arrive.

An AFP journalist tweeted a rundown of the voting day:

OK here is what we know as polling stations close in #Liberia:

Campaigns over, ballot boxes and other electoral materials deployed across Liberia, the National Elections Commission (NEC) says all is set for today’s crucial run off vote. On Christmas day, the NEC spokesperson confirmed that the body was done with over 95% nationwide deployment of materials.

Former soccer star George Weah faces Vice-President Joseph Boakai in the poll that was held up for several weeks by a court challenge filed by Charles Brumskine, the third place candidate in the first round.

Weah, 51, has a lot of support among the youth, and has called for change and the poor living in areas in the capital Monrovia. He won the first round but failed to secure the 50%+ needed hence today’s runoff. He will come up against the ruling party’s candidate and current vice-president Joseph Boakai in the race to succeed Ellen Johnson Sirleaf.

Sirleaf beat Weah in a 2006 runoff to emerge president and has been in charge for the last 12 years. This will be the country’s first democratic transition in its scarred history. It clearly is a case of Weah’s celebrity status and political maturity over the years against the technocratic and presidential experience of his opponent Boakai. 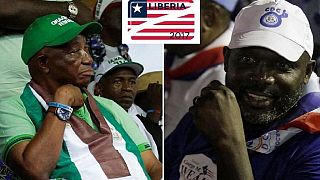 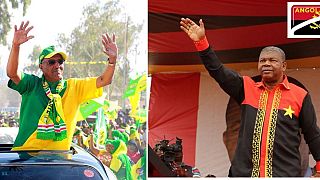 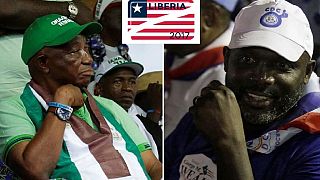