French President Emmanuel Macron visited and dined with soldiers stationed in Niger who are fighting against extremism in the Sahel, reassuring them that France would not abandon the region to extremists.

“The Sahel is a priority. It’s that which plays a part in the future of the African continent, but equally and without doubt, a part of our future. We must not leave the Sahel in the hands of terrorists,” he said late Friday amid 500 soldiers with Operation Barkhane at Niger’s airport in Niamey, the capital.

In a show of support for French troops based in Niger and in the festive spirit of Christmas, Macron brought with him the chef from the Elysee presidential palace, who oversaw a meal for the French troops in addition to American, Canadian and German forces.

The Sahel is a priority. It’s that which plays a part in the future of the African continent, but equally and without doubt, a part of our future. We must not leave the Sahel in the hands of terrorists

Macron supported the newly formed G-5 Sahel force that will work alongside the operation and is made up of African soldiers from Chad, Niger, Nigeria, Mali and Burkina Faso.

Macron, during his visit, is expected to discuss the implementation, by mid-2018, of this force of 5,000 men, composed of soldiers from the five countries involved, who recently conducted a first operation in the zone of the “three borders” between Mali, Niger and Burkina Faso.

Macron thanked the soldiers for their dedication and paid tribute to those who have fallen.

Macron is also expected to hold bilateral talks with President Mahamadou Issoufou to discus migrant trafficking and development projects among other things.

Paris has pledged 400 million euros for the development of Niger over the 2018-2021 period, some of which in the form of projects led by the French Development Agency (FDA). Some of them aim to support the will of President Issoufou to send more girls to school.

Niger is at the forefront of migratory routes in the Sahel, particularly in the region of Agadez in the north.

In August this year, France agreed to “identify” from Niger and Chad nationals “who are entitled to the asylum “to” put them in safety as quickly as possible “, during a mini summit in Paris between Africans and Europeans on the migration crisis. 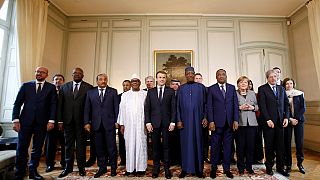 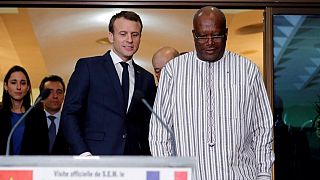 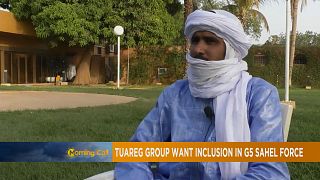