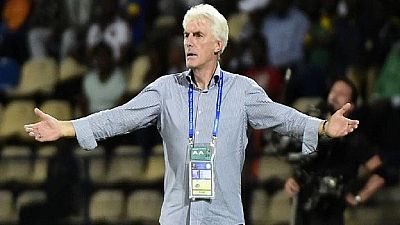 Cameroon have fired coach Hugo Broos less than a year after he led the country to the African Nations Cup title and two months short of the end of his two-year contract.

The 65-year-old former Belgian international led the Indomitable Lions to a surprise triumph in the tournament in Gabon at the start of this year.

However, a poor performance at the Confederation Cup in Russia in mid-year followed by failure to qualify for the World Cup had sealed his fate, the country’s football federation said in a statement.

“Mr Broos could not lead Cameroon to the 2018 World Cup in Russia,” said the statement, which also listed his refusal to take up residence in Cameroon and a fall out with several players as two other reasons for the sacking.

Broos had been hoping for a contract extension to take Cameroon to the next Nations Cup in 2019, which the country is scheduled to host.