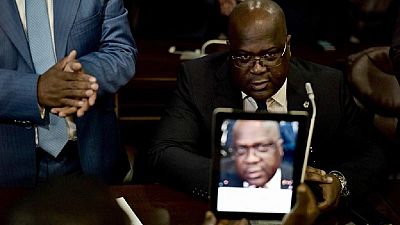 Democratic Republic of Congo’s main opposition parties have rejected a new date for elections announced at the weekend to replace President Joseph Kabila, saying it violates the law and a political deal agreed with the government.

Originally scheduled for late 2016, the polls have been repeatedly delayed. Following several rounds of deadly protests, Kabila’s camp and his opponents signed an accord last December agreeing to hold the election before the end of this year.

On Sunday, Congo’s CENI elections commission announced that the election, which term limits currently bar Kabila from taking part in, will be held on Dec. 23, 2018 with the winner to be sworn in on Jan. 13, 2019.

The opposition leaders call upon all the Congolese people to be vigilant and mobilised in the aim of freeing up the electoral process by Dec. 31, 2017.

“The calendar presented by the CENI violates the Constitution, the Dec. 31, 2016 accord and electoral law,” read a statement from opposition leader Felix Tshisekedi’s Rassemblement coalition.

The document was also agreed to by the MLC and UNC opposition parties.

Dozens died in protests against Kabila’s refusal to step down at the end of his constitutional mandate last December.

Unrest sparked by the uncertainty surrounding the polls has raised fears Congo could witness a repeat of the kind of violence that killed millions around the turn of the last century, mostly from hunger and disease.

After the CENI said last month that the vote could only take place in April 2019 at the earliest, the opposition warned that the population would “take matters into its own hands”.

“The opposition leaders call upon all the Congolese people to be vigilant and mobilised in the aim of freeing up the electoral process by Dec. 31, 2017,” Tuesday’s Rassemblement statement said.

It nonetheless went on to state that the coalition believed it was possible to hold the vote by June 30 next year at the latest.

The CENI and government officials blame poll delays on problems registering millions of voters across the vast Central African nation. The opposition accuses Kabila of manipulating the process to cling to power.