Blitzboks keen to go and do the work - Du Preez 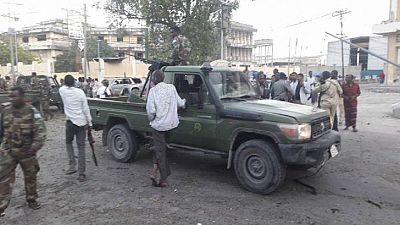 A wheelbarrow exploded outside a police station in Bossaso, a port city in Somalia’s semi-autonomous region of Puntland, on Tuesday, killing the lone man pushing it, a police officer told Reuters.

Mohammed Abdi, a police officer, told Reuters security personnel had stopped a man outside a police station’s checkpoint and then “suddenly his wheelbarrow exploded. Only the wheelbarrow man died.”

A Reuters witness saw the debris of the wooden wheelbarrow and the dead porter.

Abdi said police did not know what type of bomb had been used or who was behind the attack.