Somaliland election campaigns kick off with first ever presidential debate 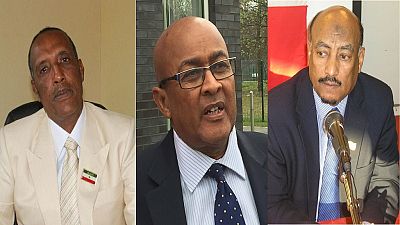 Self-declared independent state of Somaliland is gearing towards its third presidential election on November 13 in which 704, 089 registered voters are expected to elect a new president.

Three candidates are vying to replace the country’s fourth president Ahmed Mohamed Silanyo who withdrew from running for a second seven-year term.

They will face off on Wednesday in the Horn of Africa country’s first ever presidential debate.

Voters will be able to see issues they are concerned about addressed by candidates and hold them accountable for past actions.

The debate will be televised nationwide to offer the about 4 million Somaliland population an insight into what the candidates have to offer.

The organisers of the debate, Inspire Group, said it will serve as an opportunity for the voters to assess the candidates; and also for the candidates to publicly commit to peaceful elections on one stage.

“The objective of the debate is to promote inclusive democracy in Somaliland, political level playing field and reduce tensions and tribalism by facilitating the neutral platform where all parties are involved,” said Samir Dualeh, a board member of Inspire Group.

Another board member Abdirashed I. Abdirahman said the debate will contribute to the overall legitimacy of the election process as “voters will be able to see issues they are concerned about addressed by candidates and hold them accountable for past actions”.

The debate will be followed by the official start of election campaigns from Saturday, October 21 to November 10, the spokesperson for the Somaliland National Electoral Commission (SLNEC), Said Ali Muse, announced on Wednesday.

Each candidate has been assigned specific days for campaigns to avoid clashes.

#Somaliland: Electoral Commission announce Campaign Schedule starting from 21st October. Each party will have it is own day #SomalilandVotes pic.twitter.com/cJoB7PkKtN

This election will be the first in the country to utilise the iris-recognition biometric voter registration system at the 1,642 polling stations in the 21 constituencies across the six regions of Somaliland.

The elections were scheduled to be held in March but was postponed due to the drought condition in the region.

Somaliland has held presidential elections in 2003 and 2010 including a parliamentary election in 2005.

Despite its international recognition as the autonomous region of Somalia and not a sovereign state, Somaliland has attracted international interest especially from the European Union and the United Kingdom who are supporting the country to hold credible elections.

Election observers are expected from several other countries to witness the process in the country described as the most peaceful in the Horn of Africa region.

Somaliland declared its independence from Somalia on May 18, 1991. It has been under pressure to hold talks with Somalia which have so far been futile.

Somaliland, with a population of about 4 million, can boast of an army, its own currency and legal system.