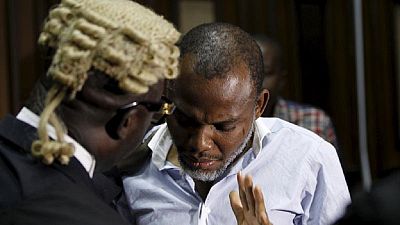 Nigeria’s separatist group, the Indigenous People of Biafra (IPOB), has officially been tagged an illegal and terrorist entity by a Federal High Court in the capital, Abuja.

Court documents showed that the government represented by the Attorney General, Abubakar Malami, filed a suit against IPOB seeking the court to to declare IPOB’s activities as illegal and amounting to terrorism.

A further order was to proscribe the existence of the group and all others who champion causes similar to it. All the reliefs were granted by the court. It is subject to a publication of names all pro-Biafra in an official gazette and two national dailies.

This development is the latest in the government and army’s back and forth with IPOB. The Army last week declared the group a terrorist organization but the Army chief this week described it more as a pronouncement rather than a declaration.

The Army, prior to their terrorist group pronouncement had clashed with members of the group at the residence of its leader, Nnamdi Kanu. Kanu is reportedly missing following the clashes at his family home in Umuahia in Nigeria’s southeastern Abia State.

Governers in the southeast also proscribed the group in a joint communique. The army said last week that it was looking into a ‘humiliating’ abuse of Biafra members who were made to lie face down in muddy water by officers.