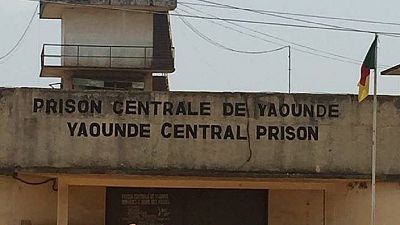 Human rights organisation Amnesty International has welcomed the decision by the Cameroonian authorities to release Anglophone leaders, but urged them to also release others detained on spurious charges.

Amnesty International’s deputy regional director for West and Central Africa Samira Daoud said in a statement that the other detainees including journalists should not be forgotten.

“We should not forget that the Cameroonian authorities are detaining many other individuals on spurious charges related to national security … They should be released immediately and unconditionally,” she said.

Among the detainees she mentioned included Fomusoh Ivo Feh and his two friends who were jailed for 10 years for sharing a private joke about Boko Haram by text message; and Radio France International’s Hausa service journalist Ahmed Abba who was jailed 10 years on terrorism charges.

We should not forget that the Cameroonian authorities are detaining many other individuals on spurious charges related to national security ... They should be released immediately and unconditionally.

She also mentioned Aboubakar Siddiki, leader of the political party Mouvement patriotique du salut camerounais and Abdoulaye Harissou who have been held in detention for more than three years without trial.

President Paul Biya ordered the release and dropping of all charges against arrested leaders of the Anglophone South West and North West regions.

Lawyer Felix Nkongho, Dr Neba Fontem, and Ayah Paul Abine among others were facing charges at the Yaounde Military Tribunal.

They were arrested six months ago and accused of inciting violence during the protests in the regions.

Late last year, series of protests were held against marginalisation in the Anglophone regions.