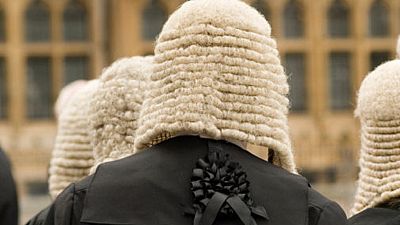 Despite losing a 2013 elections petition, Kenya’s veteran opposition chief and ex Prime Minister, Raila Odinga and his National Super Alliance (NASA) have opted for the same route to “right” the “wrongs” in the just ended polls.

Odinga and NASA announced on Wednesday that they will file a case at the Supreme Court in what he said was a “second chance” for the top court. The current decision was a u-turn from an earlier position.

They are seeking the invalidation of the Independent Elections and Boundaries Commission (IEBC) declaration of Uhuru Kenyatta as winner of August 8, 2017 presidential polls.

We look back at presidential election petitions on the continent and how a presidential dream has yet to materialize through court action.

What could be the reason that Odinga has opted to use the courts for the second successive time?

The latest post-election Constitutional Court battle is in Gabon, where the main opposition led by former African Union (AU) chief, Jean Ping is seeking to overturn results of a the last presidential election.

Incidents arising from the announcement of incumbent Ali Bongo Ondimba as winner of the August 27 polls have created a tense political atmosphere. Subsequently there has been continental and global efforts to steer the country from further chaos.

But long before Ping’s decision to turn to the Constitutional Court, many opposition leaders across the continent have tried to overturn electoral results. Till date, there has not been any success in using the court to achieve a presidential poll victory.

Different legal regimes have been tested with their peculiar issues and dimensions but one commonality that runs through these petitions is the allegations of electoral fraud.

Interestingly most court rulings admit to the incidence of fraud but say they are not enough to invalidate entire electoral processes. Hence incumbents stay on and opposition more often than not, reject these court rulings.

The most recent case preceding Gabon is Zambia where the opposition contested the reelection of incumbent Edgar Lungu citing rigging on the part of government in collusion with the electoral body.

They successfully filed their petition within the stipulated period of two weeks after the polls. The case is constitutionally supposed to be resolved in two weeks. The court however started dealing with issues relating to the case and set a date to commence hearing on the substantive issue.

In a move that the opposition claims created a legal crisis, the Court (three – two judges) dismissed the petition with the technicality that the mandate two weeks had elapsed.

Mbabazi and other opposition members alleged widespread rigging and intimidation led to Museveni’s victory by over 60%. The court admitted that while there were issues, they did not affect the final result.

After the 2012 general elections, the opposition New Patriotic Party (NPP) headed to the Supreme Court with a landmark election petition case.

They wanted the election of incumbent John Dramani Mahama overturned because of electoral irregularities. The case which was broadcast on live TV lasted for months as lawyers for petitioners and respondents argued out their cases.

In the end, the 9-member panel ruled that there were irregularities in the process but that there were not significant enough to warrant the less evil of a run-off much more a historic overturning of the results.

They however gave explicit orders to the electoral body to undertake reforms together with the parties and other stakeholders ahead of the next polls. Ghana votes in closely contested polls in December this year.

In Zimbabwe, serial opposition leader Morgan Tsvangirai initially went to court in 2013 to challenge the re-election of President Robert Mugabe.

He however dropped the case, saying that the president and ZANU PF government had stopped him from getting a fair hearing. A claim that is echoed by most opposition parties who try using courts to ascend the presidency.

Nigeria’s 2007 election was largely discredited as being rigged, it was won by the late Umaru Musa Yar’Adua who beat Muhammadu Buhari, then the main opposition candidate.

The 2007 election petition in Africa’s most populous nation run for over one-and-half years (20 months) before the courts had a final answer. The judges said despite irregularities, there was no proof that they altered the outcome.

Raila Odinga after losing the 2013 elections filed a case in the Supreme Court seeking to nullify the election of Kenyatta.

Odinga and the other petitioners alleged massive irregularities in the election that brought Uhuru to power. Other related cases were consolidated for the hearing.

At the end of the trial – which lasted one month – the six judges sitting on the case unanimously dismissed the case upholding the election of Uhuru Kenyatta and William Ruto as president and deputy-president.

So what motivates opposition parties to go to court?

According to Robert Gerenge, head of special programmes at the Electoral Institute for Sustainable Democracy in Africa the two main reasons are:

In the absence of the two above, there is no faith in the impartiality of the legal process so opposition supporters take to the streets rather than the court. 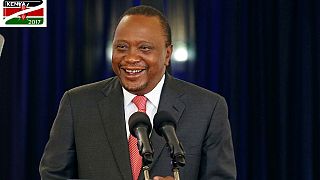 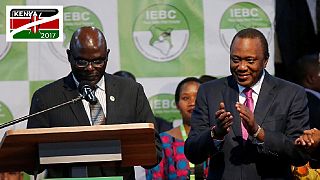 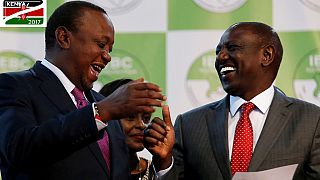