US rejects allegations of supporting a candidate in Kenya's polls 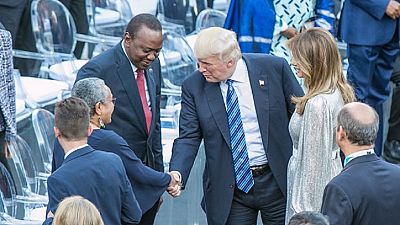 The United States has rejected allegations on social media saying it supported the incumbent President Uhuru Kenyatta to avert violence in the country.

The U.S. embassy in Kenya’s capital Nairobi described an alleged confidential document widely spread on social media to support the claim as fake.

“The US never supported one party or candidate in #ElectionsKE. Alleged Embassy document is fake. We call for all violence to end now,” the embassy said on Monday.

The US never supported one party or candidate in #ElectionsKE. Alleged Embassy document is fake. We call for all violence to end now. pic.twitter.com/vwTQDgRL6o

The U.S. government later congratulated President Kenyatta on his reelection but expressed concerns over reports of violence in the country.

“U.S. congratulates Kenyan President Kenyatta on his reelection victory, but is troubled by reports of violent demonstration,” a statement from the White House said.

The opposition rejected the results and called for a nationwide shutdown, which was unsuccessful.

The election was declared free, fair and transparent by the all the nine election observers in the country including the Carter Centre led by former U.S. Secretary of State John Kerry.