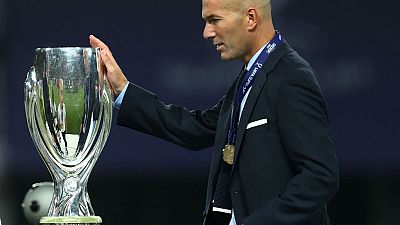 The winners of the Champions League took on the Europa League winners in soaring temperatures in Skopje.

Brazilian midfielder Casemiro struck the opening goal with a left foot volley for Real midway through the first half. Spain international Isco then slotted home goal number 2 in the 52nd minute after a one-two with Bale.

United’s striker Lukaku got his first competitive goal for his new club in the 62nd with a simple finish on the rebound after an earlier wasted opportunity.

That sparked a brief period of pressure form Jose Mourinho’s men but which failed to produce an equaliser.

It means that Real Madrid are the first team to retain the cup since AC Milan in 1990 and have now won their fifth international trophy under Zinadine Zidane.

Check out BFB for football predictions.