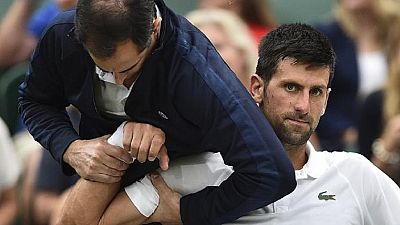 Former world number one Novak Djokovic is in doubt for the U.S. Open due to his elbow injury according Serbian media.

Djokovic retired hurt during the quarter-finals at Wimbledon and said he was considering taking a break from playing to recover from the long-standing injury to his right elbow.

Serbia’s Sportski Zurnal reported that the 30-year-old could face up to 12 weeks on the sidelines.

If Djokovic does sit out the trip to New York, it will end his run of 51 consecutive appearances at grand slams and mean dropping further down the world rankings.

He is currently placed fourth but is already due to slip to fifth when the list updates on Monday.