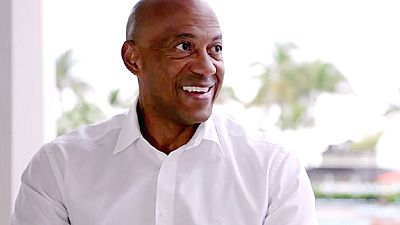 Former Namibian sprinter and IAAF Council member Frankie Fredericks has been provisionally suspended from athletics pending an investigation into a potential ethics violation, the sport’s governing body said on Monday.

Fredericks is being investigated by the Athletics Integrity Unit over payments he received from Papa Massata Diack, the son of former IAAF president Lamine Diack.

Fredericks, an International Olympic Committee member, is also being investigated by the IOC ethics panel over a near-$US300,000 payment he received on October 2, 2009 on the day Rio de Janeiro won the 2016 Olympic hosting vote.

Fredericks denies wrongdoing, though previously offered to step aside from his IOC work and his IAAF duties except his Council position.

He plans to contest the suspension at a hearing, the integrity unit says.

World Athletics body IAAF wrote on its website: “The Athletics Integrity Unit (AIU) has issued a statement regarding IAAF Council Member Frank Fredericks. Following an application by the AIU, the Chairman of the IAAF Disciplinary Tribunal, Michael Beloff QC, has imposed an order for provisional suspension of IAAF Council Member Frank Fredericks pending investigation of a potential breach of the IAAF Code of Ethics.”

Fredericks has stated that the sums of money received were proper payments for
services rendered which have no connection to the voting process for the award of the
2016 Olympic Games.