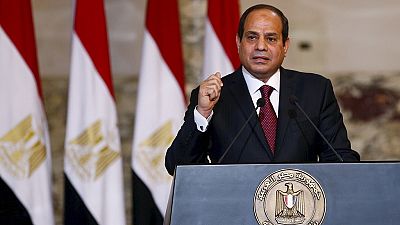 Egyptian President Abdel Fattah al-Sisi rejected on Wednesday his Sudanese counterpart’s accusation that Cairo backs rebels aiming to topple the government in Khartoum, saying Egypt does not conspire against anyone.

Sudanese President Omar Hassan al-Bashir accused Egypt on Tuesday of supporting rebels at war with his government, a week ahead of a visit to Cairo by Sudan’s foreign minister that is meant to ease tensions between the neighbouring states.

“Egyptian policy is constant, unchanging, and will not change; we do not interfere in the affairs of others,” Sisi told a news conference held following a meeting with Austrian Chancellor Christian Kern in Cairo.

“The other point I must stress is that Egypt does not conspire,” he said, answering a reporter’s question.

“Would I conspire and let elements attack our brothers in Sudan? We practice honourable politics at a time when honour is rare.”

Egypt and Sudan have been at odds in recent months on issues ranging from disputed land in southern Egypt to trade restrictions and burdensome visa requirements that have threatened bilateral commercial relations.

Bashir, who is wanted for war crimes by the International Criminal Court, has been at war with various rebel factions in three southern regions of Sudan for years.

In a speech to Sudanese military personnel, he said on Tuesday that the military had seized Egyptian armoured vehicles from rebels in the country’s war-torn southern Darfur region. Egypt’s foreign ministry denied supporting the rebels.

Egypt rejected last year a request from Khartoum to enter negotiations to determine sovereignty over the triangle or to seek international arbitration.

Sudanese Foreign Minister Ibrahim Ghandour is expected in Cairo on May 31 to discuss, among other issues, a simmering trade dispute that has blocked Egyptian agricultural imports.

Egyptian Foreign Minister Sameh Shoukry was in Khartoum last month at the head of a delegation that took part in a bilateral political consultation committee meeting.