Tanzania struggles to get bonds to finance standard gauge railway 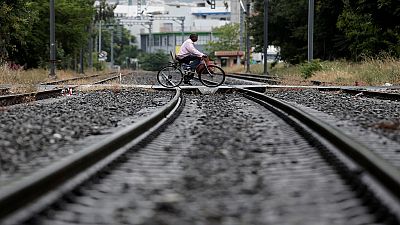 Tanzania’s proposed standard gauge railway risk stalling as the government is still struggling to find donors who can inject $1.2 billion into the project.

A group of legislators warned that the project is at the brink of collapse due to financial deficit unless the national government consider other avenues of acquiring a 15-year low interest railway bond.

Tanzania’s president John Pombe Magufuli has been lobbying heads of states and other countries overseas like Chine to get financial assistance. He recently reached out to South Africa’s president Jacob Zuma to help Dar-Es-Salaam secure a low interest bond from the Brics Development Bank, of which South Africa is a partner.

“I have asked President Jacob Zuma to help us secure a low interest loan from Brics to finance particularly the SGR project,” President Magufuli said.

The project was initiated by the former president Jakaya Kikwete but was suspended by Magufuli when he came to power. Magufuli had suspended a Chinese contractor over alleged irregularities in the tendering process.

President Magufuli had also requested the World Bank President Dr Jim Yong Kim to help in financing the project during his visit to Tanzania in March this year. The world Bank had claimed that the SGR was not viable in the region and had therefore issued $200 million to renovate the old railway line.

Tanzania’s 2561km standard-gauge railway project will link the Indian Ocean port of Dar es Salaam with Mwanza on Lake Victoria and Kigoma on Lake Tanganyika, as well as neighbouring Rwanda and Burundi.