The European Union (EU) says it is changing its attitude towards Africa, from the aid handout mode to one of a mutual partnership.

“We are moving from the traditional, purely aid centred approach to Africa, to a real partnership, this is the best way to manage migration, this is also the best way of preventing radicalization and facing the challenges, but also getting the opportunities that the African continent offers to its young population,” the EU chief said.

Moussa Faki whiles largely agreeing with Mogherini said the root causes of migration needed to be addressed rather than their consequences. “…by sending people away, building camps, building barriers, we will never solve these problems,” he said.

In a post-meeting interview, Mogherini described the AU as a valuable, serious and consistent partner when it comes to shared values between the two political blocs.

EU foreign ministers meeting in Brussels focused largely on events in Africa as part of a general discussion this week on the bloc’s defence and security strategy.

Aside the issue of migration, also on the agenda was possible future military missions in North Africa and the Middle East, as well as the security situation in Somalia and South Sudan.

The AU chief subsequently addressed the ministers on Tuesday in the Strasbourg Chamber.

Migration, sustainable development, economic diplomacy as well as youth and issues to do with peace and security on the continent were among the issues raised by Mahamat.

Listening to MoussaFaki_M, Chairperson of the African Union Commission, speaking at the European Parliament in #Strasbourg #EPlenary pic.twitter.com/ZHeHau5MwX 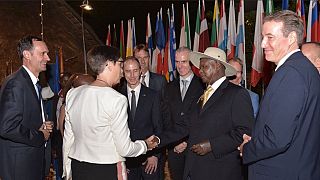 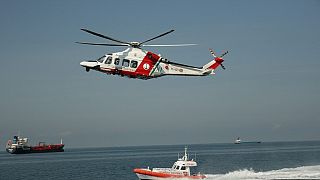 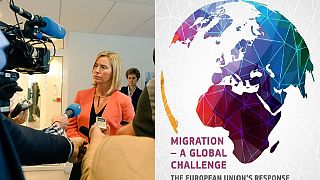