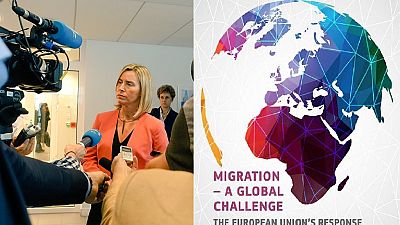 The European Union (EU) has announced a €44 billion ($50 billion) investment proposal for Africa and the Mediterranean as part of the European investment plan aimed at helping fight migration.

The plan according to the EU foreign affairs chief, Frederica Mogherini, is ‘‘an innovative new youth investment plan for Africa and the Mediterranean, mobilizing EU funds and we plan to mobilize up to 44 billion euros to have investments in Africa.

‘’(It) is the biggest investment plan ever proposed for Africa and the Mediterranean, something that only the European Union, with all economic and diplomatic power can put in place,’‘ she added.

It is the biggest investment plan ever proposed for Africa and the Mediterranean, something that only the European Union, with all economic and diplomatic power can put in place.

Speaking to journalists in New York, Ms Mogherini said the EU sees a great potential of growth and stabilization in Africa but there was the need to bring the private sector on board.

She said the plan would help the EU fight migration and radicalization whiles empowering young people in the two targeted areas.

‘‘That would help us manage migration better, that would help us preventing radicalization and offering a perspective for youth. So it is investing in Africa, the Mediterranean and the youth, and the EU is doing that today (Monday) in a very concrete manner,’‘ she said.

According to her, the fund was partly to help private sector players to invest in fragile states. The fund is aimed at encouraging European and African businesses to invest in places that are seen as risky.

With that, these private sector players contribute to the fight against poverty and also create opportunities for young people especially on the African continent.

‘‘With this proposal, the European Union is turning principles, visions, words into action. Our money from the EU budget is there and we are going to work now with the private sector to make sure that these investments reach the places that they are more needed,’‘ she added.