The Republic of Congo is set to build an oil pipeline from the South to the North to ensure the availability of petroleum products.

This news comes after the oil producing nation has been facing oil and gas shortages.

The technical shutdown of the Congolese refinery (Coraf), has slowed down the country’s economic activity.

The oil pipeline will span 1,200 km from the economic capital Pointe-Noire in the South all the way to Ouesso in the north.

According to Norbert Mabiala, director of studies and development of the National Society of Petrol in Congo (SNPC), this pipeline will respond to the need for the growing domestic consumption.

For more than a decade consumption of petroleum products has tripled in Congo from 250,000 to 800,000 tons per year.

In the last two years, oil prices have remained relatively low in the international market, thus complicating Congo’s economic situation, which essentially depends on this resource. 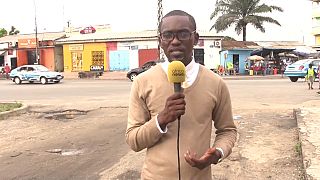