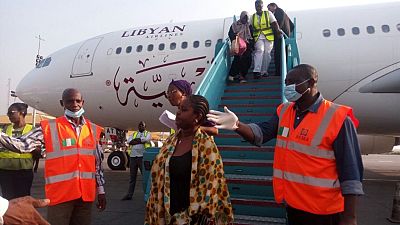 253 Nigerian nationals stranded in Libya have been returned back home with the help of the United Nations migration agency International Organisation for Migration (IOM).

An Airbus A333-200 airplane with registration number 5A LAT disembarked 140 women, 102 men and 11 children at the Murtala Muhammed International Airport in Lagos on Tuesday.

Today 253 stranded #Nigerian migrants were able to return home from #Libya. This was the atmosphere yesterday at the detention centre: pic.twitter.com/OqaiBK1K1C

This is the biggest voluntary repatriation of Nigerians from crisis-hit Libya after request from the Nigerian government for help.

Officials of the National Emergency Management Agency (NEMA) were at the airport to help the returnees go back to their families.

“We are giving them some stipends. We need to let them realize that the country they left some years ago is not the same country they are meeting today. We have moved ahead and everybody now has equal opportunity to be the best you can be,” NEMA Director General of Engr Mustapha Maihaja told the media.

Local news portal Vanguard spoke to one of the returnees, only identified as Mary, who explained her ordeal in Libya.

Mary’s ordeal confirmed the reports which indicated that with the support of Ghanaians and Nigerians who work for traffickers, “sub-Saharan migrants were being sold and bought by Libyans”.

All the surviving migrants spoken to by IOM gave similar accounts.

The north African country has become a transit zone for thousands of migrants who are keen to escape poverty and war to Europe.

Migrant numbers from Libya to Italy have soared dramatically in 2017 with more than 550 deaths recorded in the Mediterranean this year. 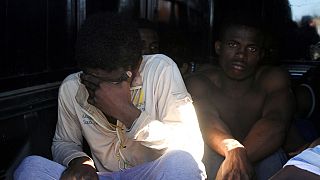 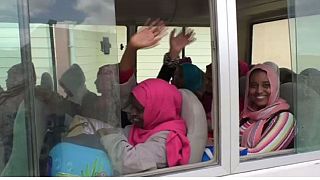 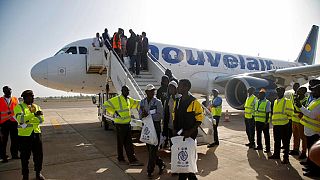