Hope for Africa's elephants as ivory prices drop in China 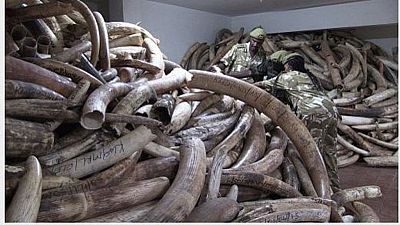 The price of ivory illegally sold on the Chinese market has fallen by two thirds in three years and the request in Chinese shops is also in decline, according to a study published Wednesday by Save the elephants. Even the quantity of ivory legally available in authorized shops in China has also decreased.

“If the price goes down there is less incentive, for a poacher there is a relationship between risk and reward. If the risk becomes very high and the reward becomes very low then that’s a huge discouragement to poach,” Ian Douglas-Hamilton, chair of Save the Elephants said.

As the main consumer of global ivory smuggling, China is at the origin of the strong increase in the poaching of elephants in Africa for the past decade.

According to the International Union for the Conservation of Nature, the African continent has only about 415000 elephants about 111000 less than during the last decade.

“Chinese are much more aware of what’s going on in China and in Africa on poaching and illegal trade. So those are the three main reasons for the decline in price,” ivory researcher, Esmond Martin said.

Media campaigns have promoted awareness about the danger of ivory trade on elephants.
This pushed China to announce that the sale and transformation of ivory related objects would be fully prohibited by the end of 2017.