Somali pirates take over Somali vessel to use as mothership - police 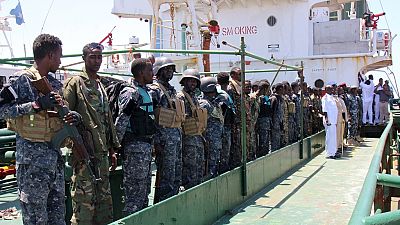 Somali pirates have taken over a small Somali boat to use as a base to attack larger ships, Somali police said on Friday.

Ten Yemeni crew aboard the boat were dumped on shore, officials told Reuters. Residents of the northern Somali city of Eyl confirmed to Reuters that pirates from their village had gone to seek potential targets.

“We understand that pirates hijacked the fishing vessel to hijack a big ship off the ocean.

They dropped its 10 Yemeni crew and a Somali guard inland and disappeared with the boat together with the food, cook, captain and engineer,” said Abdirahman Mohamud, head of maritime police forces in the semi-autonomous Puntland region.

This is the second vessel hijacked by Somali pirates in two weeks after a Sri Lankan-flagged fuel freighter was taken on the Puntland coast.

The vessel and its eight crew members were later released.

The hijack was the first successful attack on a commercial ship by Somali pirates since 2012.