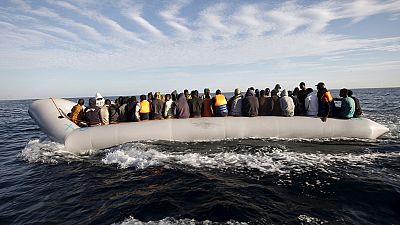 Forty-two Somali refugees were killed off the coast of Yemen late on Thursday when a helicopter attacked the boat they were travelling in, the United Nations refugee agency said.

Mohamed al-Alay, a coast guard officer in the Houthi-controlled Hodeidah area, told Reuters the refugees, carrying official UNHCR documents, were on their way from Yemen to Sudan when they were attacked by an Apache helicopter near the Bab al-Mandeb strait.

The International Committee of the Red Cross (ICRC) put the death toll at 33 and said 29 were wounded and other passengers were missing.

It was not immediately clear who carried out the attack.

“We do not know who carried it out but survivors said they came under attack from another boat at 9 p.m., the crew used lights and shouted to signal this is a civilian boat,” ICRC spokeswoman Iolanda Jaquemet said.

“Nevertheless it did not have any effect and a helicopter joined in the attack,” she said.

Shabia Mantoo, the UNHCR spokeswoman in Yemen, confirmed that a number of refugees were killed.

“We are distressed by this incident and understand that refugees were travelling in a vessel off the coast of Hodeidah which was reportedly impacted during the course of hostilities,” she said.

A sailor who had been operating the boat, Ibrahim Ali Zeyad, said 80 refugees had been rescued.

The International Organization for Migration (IOM) said the number of dead may be more than 31.

“We just got information of a helicopter assault on a boat leaving Yemen, we believe for Sudan, full of Somalis,” spokesman Joel Millman told a news briefing in Geneva.

He said the IOM was aware of 80 survivors brought to hospitals in Hodeidah.

ICRC’s Eric Christopher Wyss said: “It was a heartbreaking scene. I saw many men, women and children either killed or horribly wounded.”

The Saudi-led coalition that is fighting Houthi forces in Yemen said it did not conduct any operations or have any engagement in the Hodeidah area on Thursday.

Coalition spokesman General Ahmed al-Asseri said Hodeidah remained under the control of the Houthis and the port continued to be used for “trafficking people, smuggling weapons and attacks against the line of communications in the Red Sea”.

Hodeidah is controlled by Iran-allied Houthi fighters who overran Yemen’s capital Sanaa in 2014 and forced the Saudi-backed government of President Abd-Rabbu Mansour Hadi to flee into exile.

The Saudi-led coalition was formed in 2015 to fight the Houthis and troops loyal to former president Ali Abdullah Saleh who have fired missiles into neighbouring Saudi Arabia.

The Bab al-Mandeb is a strategic waterway in the Red Sea through which nearly 4 million barrels of oil are shipped daily.