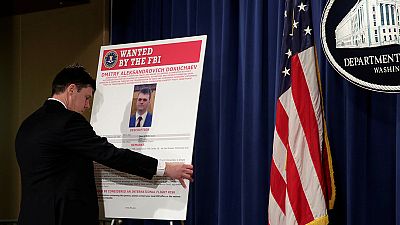 The United States has indicted four individuals, including two Russian intelligence officers, for the 2014 hack of 500 million Yahoo accounts.

The indictments, unsealed during a news conference in Washington on Wednesday, represent the first time the US government has criminally charged Russian officials for cyber offences.

The officers from the FSB, Russia’s Federal Security Service and a successor to the KGB, were identified as Dmitry Dokuchaev, 33, and his superior, Igor Sushchin, 43.

Incredibly, Dokuchaev has been arrested in Russia according to the Washington Post ,citing the news agency Interfax, on charges of state treason for allegedly spying for the United States.

Latvian-born Russian national Alexsey Belan, 29, and Karim Baratov, 22, who was born in Kazakhstan but has Canadian citizenship, were also named in the indictment. Baratov has been arrested in Canada.


Yahoo said, when it announced the then-unprecedented breach last September, that it was working with law enforcement authorities and believed the attack was state-sponsored.

The company announced a still-larger breach in December that occurred in 2013 and affected one billion accounts, although it has not linked that intrusion to the one in 2014.