The disappearance of Malaysia Airlines flight MH370 is set to mark its third year on Wednesday.

Since a Boeing 777, disappeared en route to Beijing from the Malaysian capital of Kuala Lumpur on March 8, there have been competing theories over whether the plane was hijacked and under the control of anyone when it finally ran out of fuel.

Families of many of those on board have called for the search to continue even though the commitment to the 120,000 square kilometre search area has been completed.

There were 239 passengers and crew on board, most of them Chinese.

As many as 30 other pieces of wreckage were found on beaches in Mauritius, Mozambique, Tanzania and South Africa are suspected to have come from the plane.

Malaysia had said it would pay a reward to any private company that found the fuselage of missing Malaysia Airlines Flight MH370, days after a fruitless, three-year hunt was suspended in January. 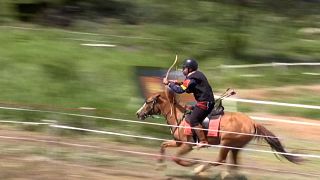