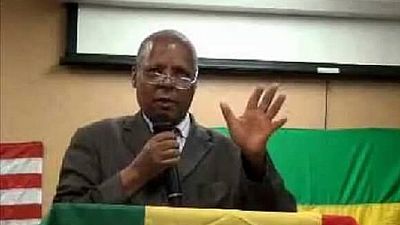 Dr Merera Gudina, leader of Ethiopia’s main opposition, the Oromo Federalist Congress (OFC), appeared in court for the first time since charges of terrorism were brought against him on February 23, 2017.

According to the Addis Standard news portal, the case was adjourned to March 9 after his charges were read to him. At the next date, the court is expected to decide on a bail request filed by his lawyers.

He was twice denied bail by the courts in the lead up to the terrorism charges that were levelled against him. At the time, prosecutors maintained that they needed time to gather evidence for charges.

The news portal further reports that the OFC leader also requested for a seperate trial aside from the two other persons charged with him.

He was charged with Jawar Mohammed, a popular Oromo activist and Executive Director of the Oromia Media network and opposition member Berhanu Nega. The two others were sentenced in absentia.

Update -after reading the charges against him, fed. court adjourned case for Dr. #MereraGudina & 2 others charged in absentia to March 09

Gudina is accused of meeting anti-government elements during a European tour last year. He spoke at the European Parliament during his trip. He was arrested on December 1 after returning from Belgium. 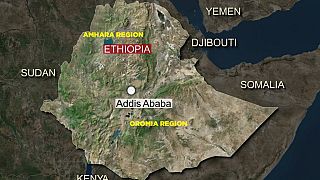