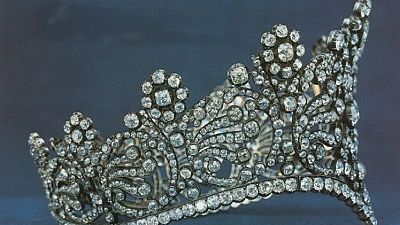 Guineans took to social media to lambaste the recent edition of the Miss Guinea pageant leading to a suspension of the event by the government.

For now, the Ministry of Culture, a traditional partner of the event has suspended its partnership “until further notice”. Minister Siaka Barry is also reported to have said the ban is to allow a committee set up to draw a code of ethics for the event to undertake its task.

The ministry further banned organizations from associating with the pageant until the elaboration of a new specification and a code of ethics by a commission is duly approved for the purpose.

The pageant – which has the blessing of the Ministry of Culture – took place last Saturday in the presence of the Prime Minister and the Minister of Culture. But the parading of the contestants in swimwear is what seemed to have angered some Guineans who saw it as an affront to their culture.

Several Guineans used Twitter and Facebook to protest at what happened but organizers think otherwise. Committee Miss Guinea (COMIGUI), said the debate was misplaced and people were being unfair to them.

The communications officer of the committee, Marouane Diallo, goes further and accuses their detractors of showing bad faith. “This is the 9th edition of the contest but every time the girls are in swimsuit like everywhere in the world.”

The population of Guinea is approximately 85 percent Muslim, 8 percent Christian, with 7 percent adhering to indigenous religious beliefs. Much of the population, both Muslim and Christian, also incorporate indigenous African beliefs into their outlook.

The vast majority of Guinean Muslims are adherent to the Sunni tradition of Islam. Christian groups include Roman Catholics, Anglicans, Baptists, Seventh-day Adventists, and Evangelical groups.